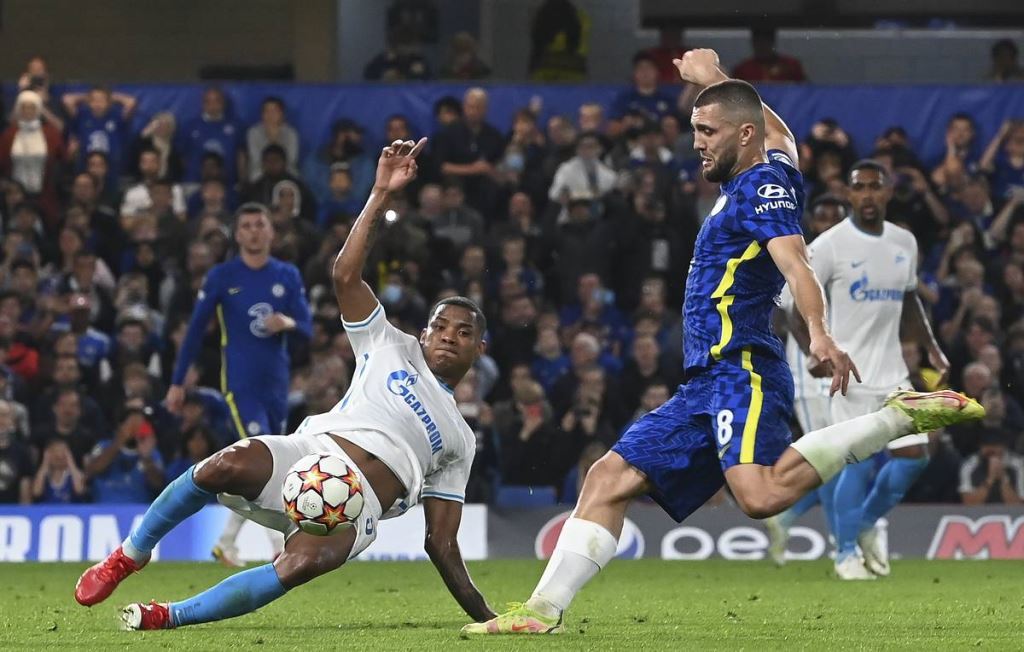 Goal – 1:0 – 69’Lukaku R.(Azpilicueta C.), ChelseaCesar Azpilicueta produces a beautiful lofted cross into the box, where Romelu Lukaku (Chelsea) rises high to head the ball into the left side of the goal and beyond the goalkeeper. He makes it 1:0.

81’Edouard Mendy (Chelsea) is writhing in pain and can now receive medical treatment after the referee signals for the physio to come onto the pitch.

Romelu Lukaku continued his impressive start to his second spell with Chelsea as the ‘Blues’ edged past a stubborn Zenit Saint Petersburg in their first UEFA Champions League outing since lifting the trophy in May.

There was very little in the way of quality attacking play in the opening period, with both sides struggling to unlock the defence. The hosts had control of the ball, but it was Zenit who fashioned the best chance of the half when a ball into the area was flicked into the path of Claudinho, who would have had a chance from point-blank range had Reece James not intercepted. It took until the 38th minute for the first shot on target of the half, when Yaroslav Rakitskiy curled into the hands of Edouard Mendy from just outside the area.

‘Blues’ defender Antonio Rüdiger nearly produced a goal of the season contender early in the second-half when he ran to the edge of the Zenit penalty area from inside his own half, before firing wide of the right post. The German then showed his capabilities at the other end of the pitch to deny Sardar Azmoun with a brilliant intercepting challenge after the Iranian striker had broken through on goal. Inevitably, it was Lukaku who broke the deadlock when he headed home from close range after Cézar Azpilicueta’s pinpoint cross.

The visitors went agonisingly close to equalising with 10 minutes to go when substitute Artem Dzyuba – who is one goal away from becoming Zenit’s joint top scorer in the Champions League – could only get a toe to Azmoun’s ball across the face of goal. Chances were limited throughout the game for the Russian champions, and this was to be their best opportunity as the reigning champions held on to begin their defence in perfect fashion.