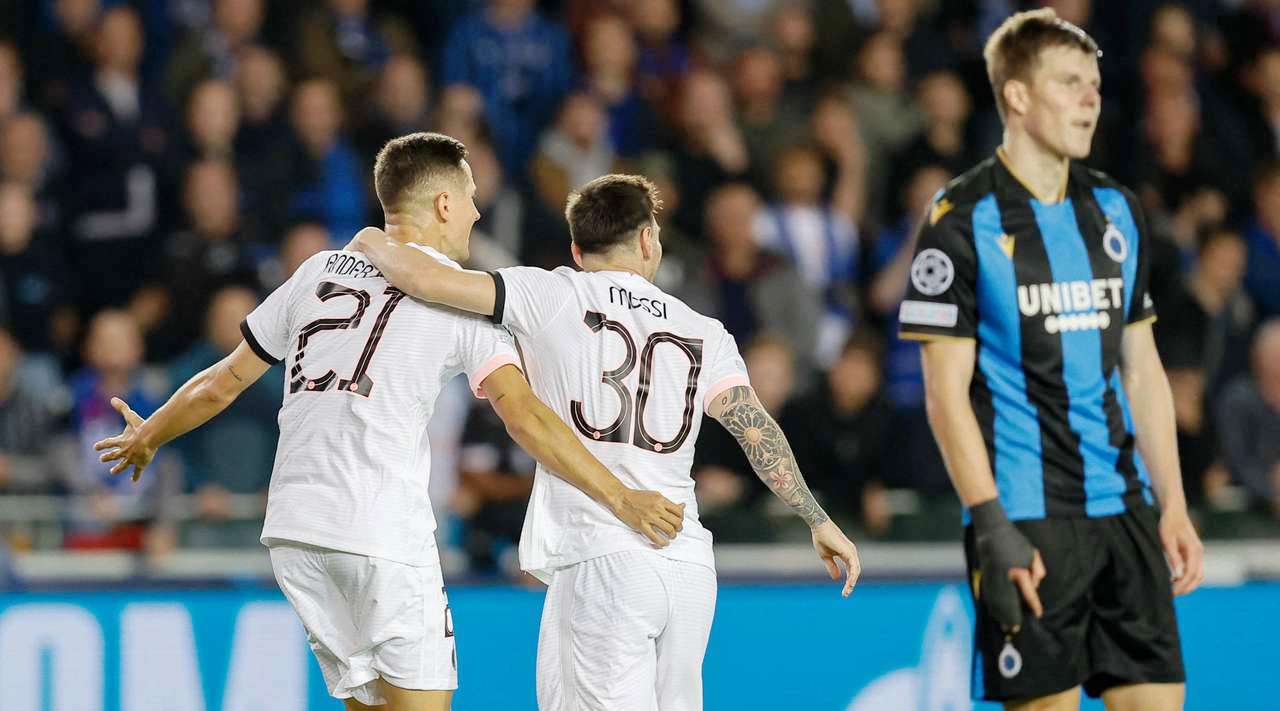 Goal – 0:1 – 15’Herrera A.(Mbappe K.), Paris SGKylian Mbappe feeds the ball through to Ander Herrera (Paris SG), who picks up the pass inside the box and quickly sends it into the bottom left corner! The goalkeeper was helpless. 0:1!

A meeting of two domestic league leaders saw the points shared at the Jan Breydel Stadium. Hans Vanaken’s thunderbolt midway through the first half, cancelled out Ander Herrera’s early opener for PSG.

Lionel Messi made his UEFA Champions League debut for PSG, and all eyes were on ‘Les Parisiens’ as they entered this year’s UCL campaign as the favourites for the coveted trophy. However, the reigning Jupiler Pro League champions were fearless in the opening stages as their relentless press was roared on by the deafening choruses of the home crowd.

The home crowd were silenced moments later when the hat-trick hero from the previous H2H fixture at the Jan Breydel Stadium, Kylian Mbappé haunted ‘Blauw-Zwart’ again. The Frenchman provided an inch-perfect cross for a marauding Herrera, who excellently finished for his first ever UCL goal, firing the visitors ahead in the 15th minute.

Despite falling behind, the hosts showed no signs of relenting and were rewarded shortly after. Eduard Sobol drove up the left side and his controlled cross found Brugge captain Vanaken, who composedly slotted home. Immediately after equalising, Messi went within inches of his first goal for ‘Les Parisiens’, when his trademarked whipped strike crunched off the crossbar denying him a debut goal.The frantic tempo continued into the second half, with both sides displaying bundles of confidence.

Phillipe Clement’s men almost stole all three points late on when a flighted cross found Noa Lang, and his acrobatic effort went just wide of Navas’ goal, much to the relief of Mauricio Pochettino. With PSG winning all five of their opening Ligue 1 fixtures, the home crowd was thrilled to see their side get a well-earned point and avoid defeat to ‘Les Parisiens’ for the first time. As for the visitors, they will be disappointed with their display and have to credit a resilient Brugge side who defended tenaciously all evening, deserving the 1-1 draw.