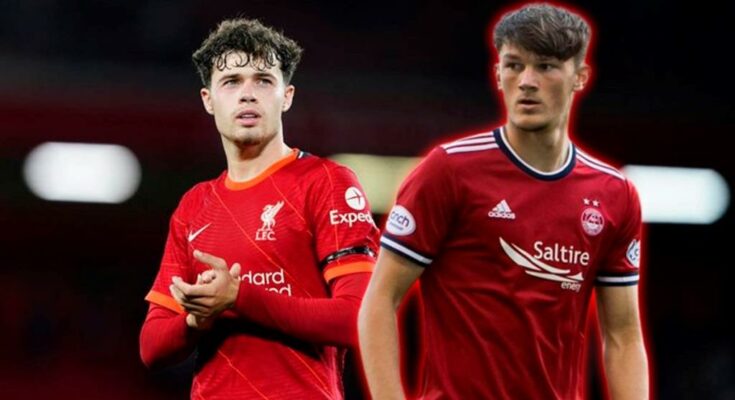 Transfer expert Fabrizio Romano has reported that Liverpool are on the verge of signing Aberdeen right-back Calvin Ramsay.

This has left the club’s supporters wondering what will happen to current Liverpool defender Neco Williams.

Ramsay is one of the hottest prospects in British football. The 18-year-old made 33 appearances for the Scottish Premiership side across the most recent campaign. He also won the Scottish Football Writers’ Association’s ‘Young Player of the Year’ award.

The Guardian has reported that the Scotland U21 international will cost the Reds £6.5 million, with the teenager set to sign a five-year contract. Ramsay will become the third signing of the summer for Jurgen Klopp’s side. Fulham youngster Fabio Carvalho and Benfica superstar Darwin Nunez also moved to Merseyside this summer.

However, the impending arrival of the young right-back has led to some Liverpool speculating over the future of youth team graduate Williams.

He made just eight appearances for Klopp’s side in the first half of last season. The 21-year-old full-back then joined Championship side Fulham on-loan in January, who ultimately go on to dominate the division.

The Welsh international impressed during his 15 appearances at the west London club. This led many to believe he would play a part for the Reds next season.

However, the impending arrival of Ramsay appears to be a blow to Williams’ hopes of having a future at Liverpool. The club’s supporters took to Twitter to point this out:

Wales qualified for their first World Cup since 1958 during the most recent international break. Hence, Williams will be determined to leave Anfield this summer to secure first-team football. He will now be behind Trent Alexander-Arnold and Ramsay for a spot in Klopp’s team.

According to The Nottingham Post, newly promoted Nottingham Forest are interested in signing the young right-back. This comes following reports that their current defender Djed Spence is on the verge of joining Tottenham Hotspur.

Williams would be an ideal replacement for Spence as he has Premier League experience. The former European champions are set to experience their first season in the top flight since 1999.

Meanwhile, 90min have claimed that Fulham are keen to make William’s loan move from last season a permanent one. The Reds are ready to sell the full-back for around £15 million.

The London club are reportedly also keen to sign Reds winger Takumi Minamino, who only started one Premier League game in the recently finished campaign.