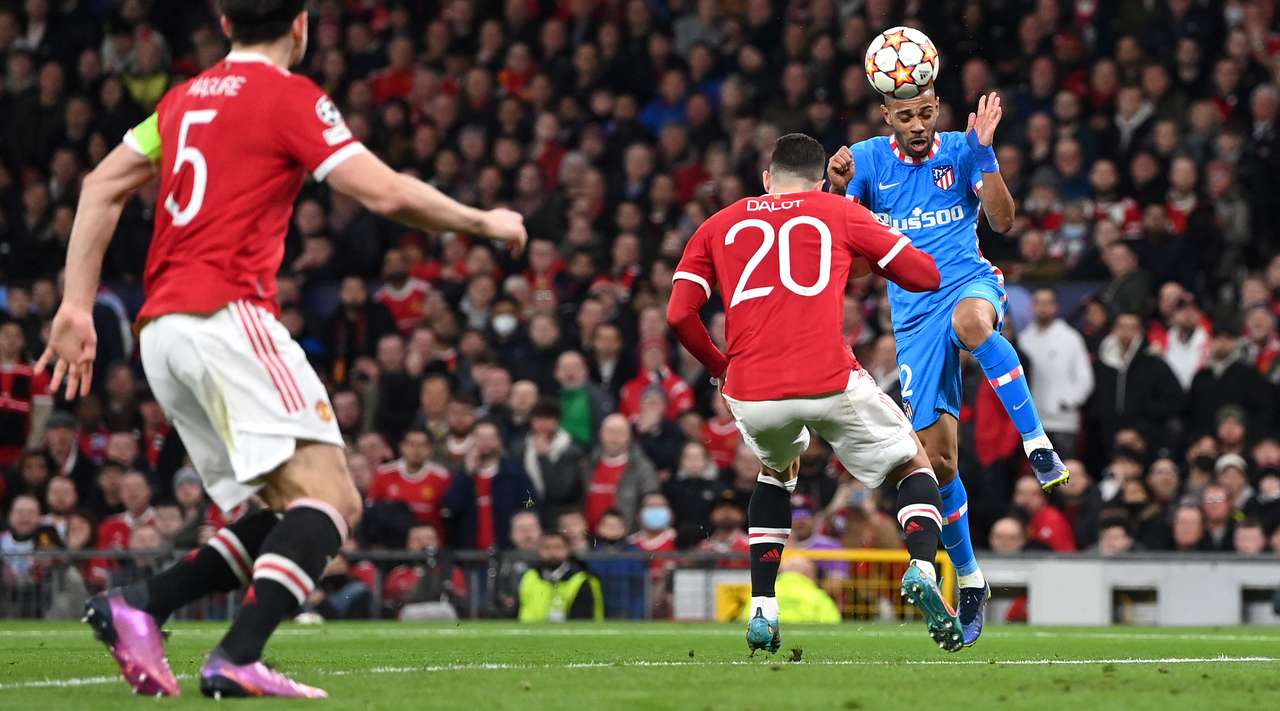 Manchester United crashed out of the UEFA Champions League (UCL) 2-1 on aggregate after a 1-0 loss to Atlético Madrid at Old Trafford. The ‘Red Devils’ decline can be illustrated no better than their absence from the quarter-finals of Europe’s premier competition in all but two seasons since Sir Alex Ferguson retired.

The tension was palpable at the ‘Theatre of Dreams’ as United went in search of only a second UCL knockout victory on home soil since 2011. Just as in the first leg at the Wanda Metropolitano, Ralf Rangnick’s side controlled possession, with the visitors content to sit in a low block.

United’s saviour in that last contest, Anthony Elanga, had a golden chance to open the scoring after Bruno Fernandes’ flashing low cross picked him out perfectly, but Jan Oblak denied the Swede from point-blank range as the ball cannonned off his face.

Diego Simeone’s men grew as an attacking force as the half progressed, with João Félix seeing a goal ruled out for offside. Minutes before the interval, Atlético struck a hammer blow.

The hosts were incensed when play wasn’t stopped after questionable challenges on Anthony Elanga and Fred, but Antoine Griezmann took full advantage as his pinpoint cross found Renan Lodi in space at the back post to nod past David de Gea.

In their seven UCL games preceding this, nine of United’s 12 strikes had come after the interval, so the hosts needed to take full advantage of kicking towards the Stretford End. A flowing move allowed Elanga the chance to equalise within 30 seconds of the restart, but his effort drifted narrowly wide.

Nerves looked to be setting in as the Spaniards used their vast experience to waste any available second and win any plausible foul.

Atlético were well and truly in preservation mode as United probed without much of an end product. Diogo Dalot finally found space in behind and crossed to the back post, but Jadon Sancho’s venomous volley flew over the bar.

Pressure continued to be applied as the hosts utilised their battery of options from the bench, but it was Raphaël Varane who would test Oblak next, as his towering header forced a fine stop from the Slovenian.

Dalot came close from range once more but United ran out of ideas in their chase of a leveller, meaning it’ll be a fifth consecutive season without a trophy for United. Meanwhile, the Spanish champions go in search of the elusive European crown after hitting form at exactly the right time.