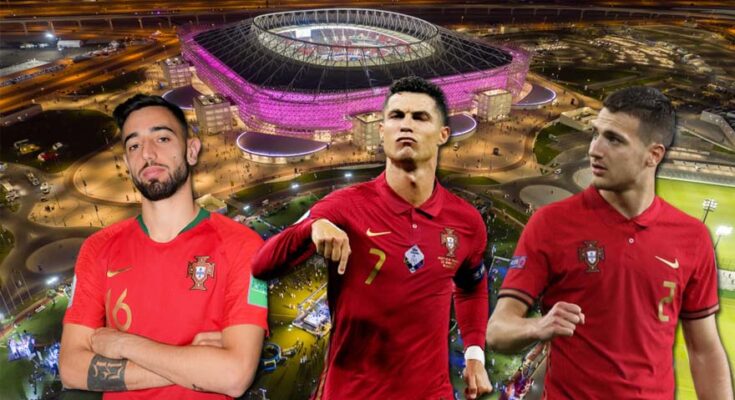 According to reports, the three starter players in the “Red Devils” Manchester United were called up by the Portuguese National team to face a set of international fixtures in June.

Portugal qualified for the World Cup which is going to be staged in Qatar from November 21st. Portugal struggled to get a spot in the group stage of the World Cup.

Now they named their squad to participate in the Nations League group stage, with four games to be played the next month.

Cristiano Ronaldo and Bruno Fernandes were part of the side which won the inaugural Nations League tournament in 2019.

According to Outlet Stretty News: Dalot is going to be new in the squad and has become a regular player under Fernando Santos since last summer’s UEFA EURO.

Portugal will face Switzerland, Spain and Czech Republic. Spain are claimed to be the favourite to win the tournament.

Fernandes netted twice in their World Cup play-off final back in March and has become an important player for Santos, despite failing to contribute to defending Portugal’s title in a terrible EURO 2020 participation.

Joao Cancelo is currently doing great and he will not be taken down from his starting position soon, but Dalot’s great performances with Portugal could make the Manchester City defender sweat a bit.

36 referees, 69 assistant referees and 24 video match officials (VMOs) have been chosen in close cooperation with the six confederations, based on their quality and the performances delivered at FIFA tournaments as well as at other international and domestic competitions in recent years.