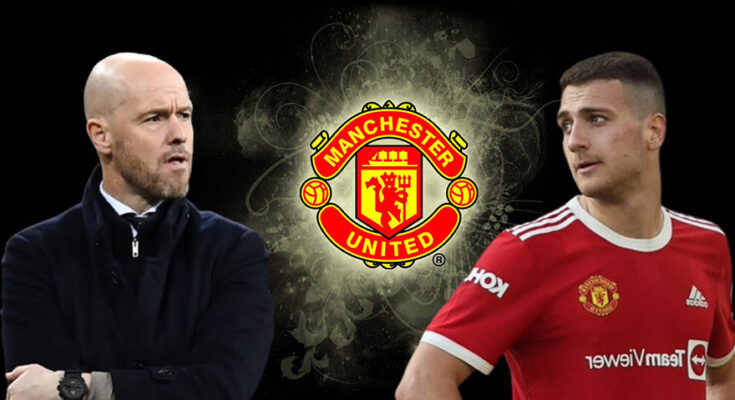 Ten Hag will take over from interim manager Ralf Rangnick and is set to oversee a huge overhaul of the Red Devils.

A number of arrivals and departures are anticipated, with the Dutch coach looking to revitalize a United side that has been mostly disappointing this season.

The Old Trafford outfit have exited all cup competitions and will finish outside the top four with only UEFA Europa League qualification in their sights.

Much of the woeful season the side have encountered can be attributed to their poor defensive performances, with United having shipped 56 goals in the league.

There have been questions over the futures of Diogo Dalot, 23, and Aaron Wan-Bissaka, 24.

Dalot usurped Wan-Bissaka to become Rangnick’s first-choice right-back this campaign and it appears Ten Hag rates the Portuguese over the Englishman.

According to reports, Dalot has been told he will be part of Ten Hag’s plans heading into next season.

Dalot has made 64 appearances for United, scoring one goal and contributing three assists.

He spent the 2020/2021 season on loan at AC Milan where he impressed for Stefano Poli’s side with consistent performances on the right-hand side of defense.

But he looks set to be part of the Manchester United side that will look to bounce back from a calamitous 2021/2022 campaign.