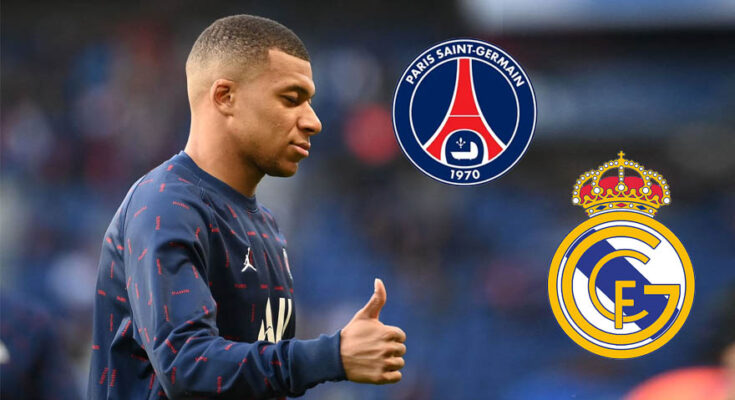 Kylian Mbappe has his current contract with the Parisians expiring at the end of the season. With the campaign nearing an end, attention will now turn towards the France international and his future.

Paris Saint-Germain (PSG) could convince Kylian Mbappe to snub a move to Real Madrid and sign a new deal with them instead, according to French journalist Saber Desfarges.

Real Madrid have been working on a deal to sign the 23-year-old on a free transfer for a while now. There have been suggestions that Los Blancos have agreed personal terms with their top target.

The Parisians, though, are yet to give hope of persuading Mbappe to change his mind and stay put at the Parc des Princes. They are even prepared to offer the Frenchman as much as £4 million per month in wages to convince him to stay.

It now appears that the Ligue 1 giants’ persistent efforts may be about to bear fruit. According to Desfarges, PSG have ‘taken the situation in hand’ and could retain Mbappe’s services beyond this summer. He wrote on Twitter:

“PSG have taken the situation in hand and want to be more confident than ever. The tide is turning, it is said internally. The outcome is close, but Kylian Mbappe has still not made his final answer known to Real Madrid, as well as PSG.”

As per the report, there is a feeling at the Parc des Princes that the forward is now leaning towards staying in France. However, he is yet to inform both PSG and Real Madrid of his final decision.

Desfarges is not the only French journalist to suggest Mbappe could end up staying with the Parisians. Romain Molina’s recent cryptic post on Twitter seems to point towards the same.

It appears that all this has indeed tempted the star to stay on in Paris, as journalist Romain Molina posted an interesting Tweet indirectly related to this long-winded saga.