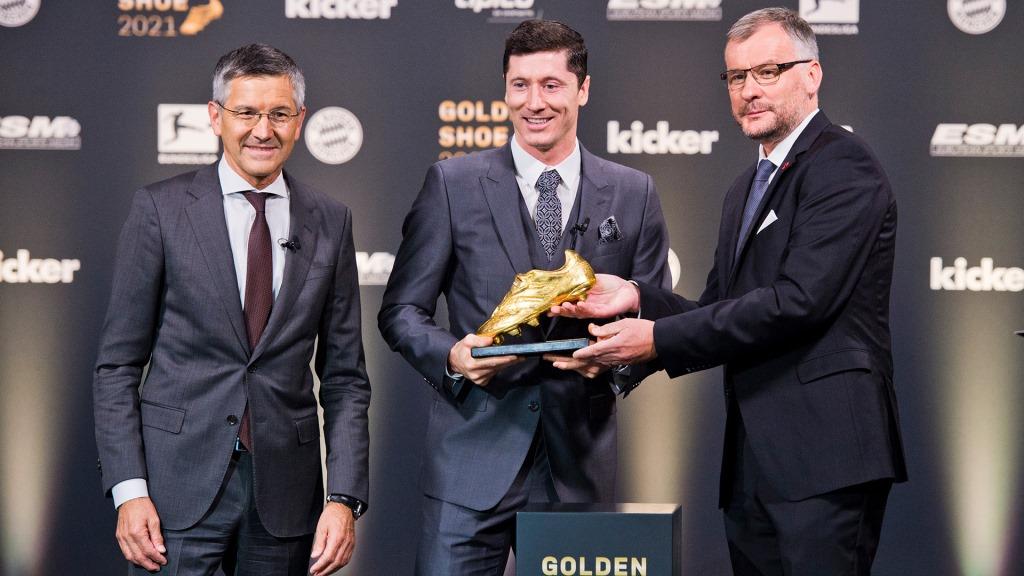 Robert Lewandowski was awarded the Golden Boot of Europe. The Pole became the second winner of this award from the German championship.

Robert Lewandowski was awarded the Golden Boot of the best scorer of the European championships- the official website of Bayern Munich proudly announced.

In the 2020/21 season, Lewandowski scored 41 goals and became the second player in their Bundesliga history to win this award after Gerd Muller (in 1970 and 1972).

“I am very happy with this award,” the forward said. – And I want to thank the whole family of Bayern , without whom I would not have reached this peak. I dedicate this one to all those who are standing next to me today. We have achieved this as a team.”

This season, after five rounds, the race of scorers in the Bundesliga is led by Lewandowski and Erling Haaland, who have 7 goals each.