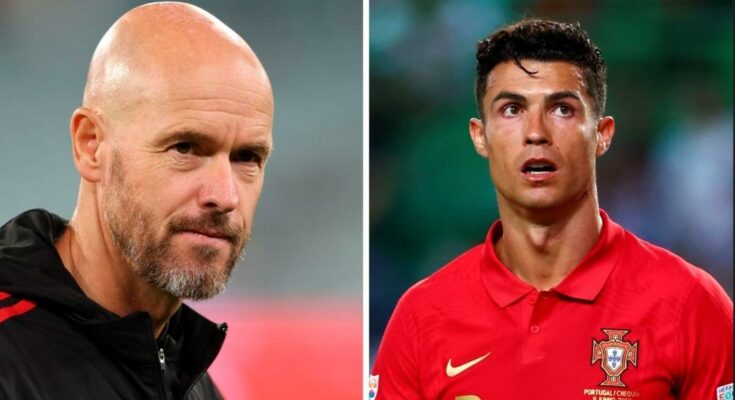 Cristiano Ronaldo is one of 15 players who could leave Manchester United this summer.

After such a disappointing season, Erik ten Hag will be filtering through his squad, and offloading any deadwood this summer.

Manchester United have already brought in Christian Eriksen, Tyrell Malacia, and Lisandro Martinez as part of a rebuild, and as a result, as many as 15 players could leave Old Trafford this summer.

That’s according to the Mirror, who have listed all the players who could be out the door come the end of the transfer window.

Ronaldo is of course the most high-profile player, with the Portuguese star looking to leave this summer. The 37-year-old hasn’t been involved in Manchester United’s pre-season so far.

In terms of senior players, Aaron Wan-Bissaka, Phil Jones, and Eric Bailly are all likely to be allowed to leave if the right offer comes in.

Shola Shoretire and Alvaro Fernandez, just like Ronaldo, are not part of United’s pre-season tour, with both players attracting loan interest as it stands.

Amad Diallo and Facundo Pellestri are unlikely to leave the club on a permanent deal, but the pair have recently returned from loan, and another temporary move could be in the pipeline.

Brandon Williams will be allowed to leave the club after returning from loan, with Teden Mengi, Tahith Chong, and Ethan Laird all available to be sent out on loan.

The three remaining players are Nathan Bishop, Matej Kovar, and Will Fish.

After failing to qualify for the Champions League last season, and finishing with zero trophies, Ten Hag will be in the market for several signings, and with a limit on squad size, the reality is some players will have to leave this summer.