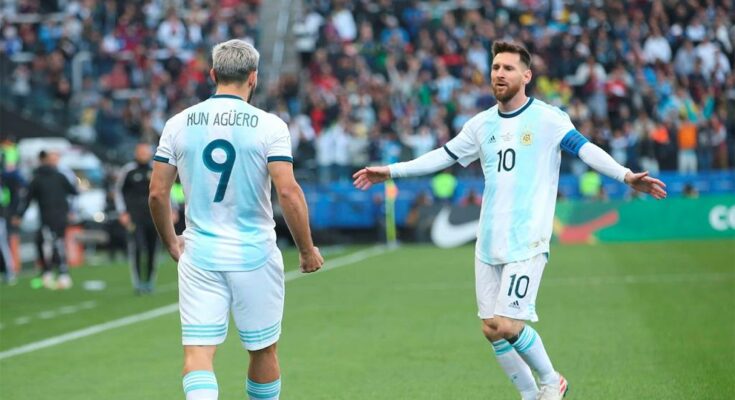 Former Argentina striker Sergio Aguero has admitted that he had a hard time processing his compatriot Lionel Messi’s Barcelona exit, confessing that he thought it was a “joke” at first.

Following 17 trophy-laden years at the Camp Nou, Messi left the Catalan giants in tears in the summer of 2021. Barcelona could not offer the Argentine a renewal, giving Paris Saint-Germain the opening to swoop in and sign him as a free agent.

Aguero, who was expected to play alongside Messi in the 2021-22 season, was shocked by the official announcement following Messi’s exit. He initially thought that Barca’s social media handles were hacked.

Recalling how he got to know about Messi’s exit and his initial reaction, Aguero told Jose Alvarez (via Barca Universal):

“How did I find out about Messi’s departure from Barça? I was with Ibai drinking mate and suddenly… he looks at the phone and says to me: ‘No, is this true?’ and shows me the phone with the Barça official announcement.

“When Barcelona announced Messi’s departure I thought someone had hacked Barça’s social networks. I thought it was a joke.”

Messi left the Camp Nou as the club’s leading goalscorer and most accomplished player. Over 17 seasons, the Argentine featured in 778 games across competitions for the Catalan outfit, recording 672 goals and 303 assists. He helped them to 10 La Liga titles and four Champions League trophies, amongst other honors.

Lionel Messi pairing would have been an exceptional sight at Barcelona

After Aguero’s arrival was confirmed last summer, every Barca fan held their breath in anticipation of seeing two great Argentine forwards combine at club level for the very first time.

Aguero and Messi’s deep friendship was no secret, and their telepathic understanding for Argentina had given fans a glimpse of what to expect.

Unfortunately, as fate would have it, the duo could not play a single game for Barcelona, with Messi leaving the club before the 2021-22 campaign commenced.

Aguero, too, left the club after only five games, prematurely retiring from football due to his heart condition.

The Manchester City icon scored only one goal during his short Barca spell, but it came in the biggest match on the Spanish calendar, in El Clasico, in October. Unfortunately, Barca lost the game by a 2-1 margin.