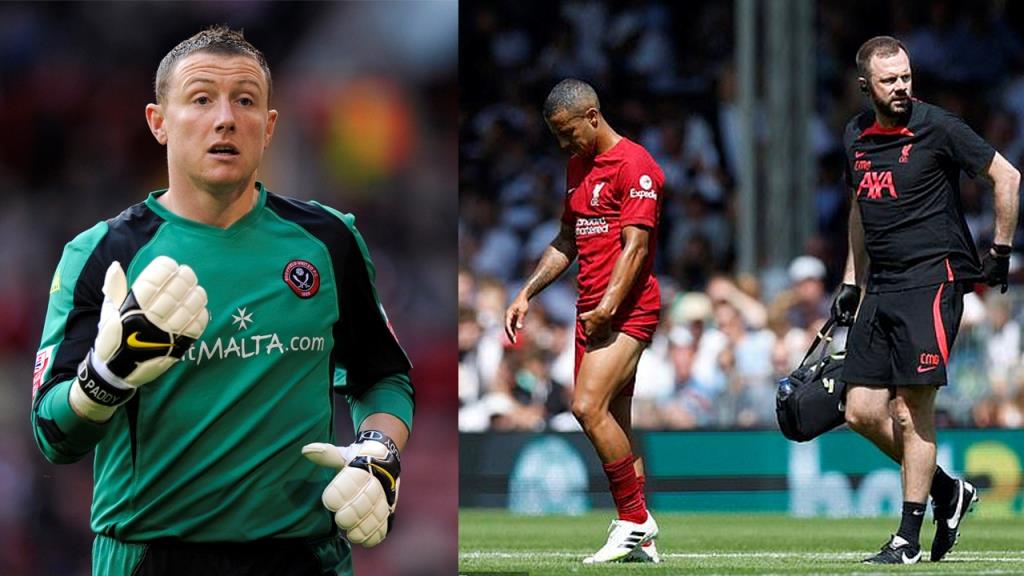 Former goalkeeper Paddy Kenny has claimed that Liverpool might not rush into the market for midfield reinforcements this summer.

The Reds have suffered a major blow in their opening Premier League game of the season, with Thiago Alcantara picking up a hamstring injury.

The Spanish international was forced off in the 51st minute against Fulham and is now sidelined for around six weeks.

The duo of Alex Oxlade-Chamberlain and Curtis Jones are also sidelined with injuries, offering Jurgen Klopp a midfield crisis so early into the new campaign.

However, Paddy Kenny has insisted that Liverpool are unlikely to rush into signing a new midfielder to deal with the situation.

The former Republic of Ireland keeper has claimed that the Reds do a lot of research before investing in new players and are unlikely to make an exception. He told Football Insider:

“It’s got to be the right player. We know Liverpool don’t rush into these signings.”

“They like to get them right, just because Thiago might be out for four weeks or something, I don’t think they will. I don’t see them spending money on a player when they either haven’t done their homework or maybe aren’t 100% on whether he would be a good fit.”

Kenny has suggested that there is still time before the transfer window slams shut but he would be surprised if the Reds sign a new midfielder.

“It’s not a very Liverpool move, for me. It would be a surprise if they do. Anything can happen before the transfer window and it still doesn’t shut for a couple of weeks.”

Do Liverpool need a new midfielder?

Liverpool are not particularly short of options in the middle of the park with as many as nine players capable of playing in their midfield three.

Jurgen Klopp has Fabinho, Henderson, Thiago, Keita, Milner, Oxlade-Chamberlain, Jones, Elliott and Carvalho all at his disposal as his midfield options.

However, the trio of Henderson, Thiago and Milner are all in their thirties, while Oxlade-Chamberlain and Keita have both had poor luck with injuries.

Hence, bringing in a new midfielder this summer could have been a wise decision by Jurgen Klopp.

The Mirror claims that the Reds want Borussia Dortmund sensation Jude Bellingham but are prepared to wait until next summer for his services.