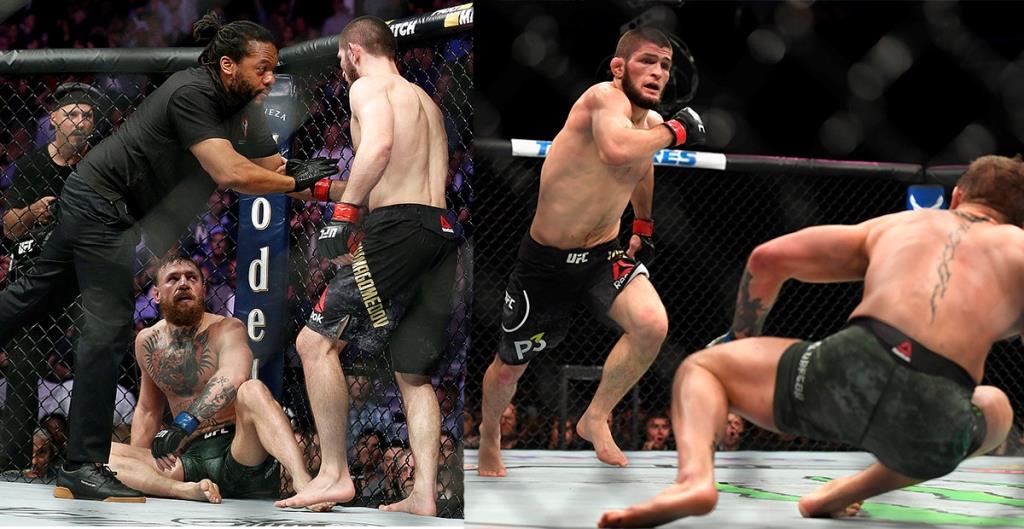 Conor McGregor has not completely recovered from his loss to Khabib Nurmagomedov at UFC 229. The UFC made history with its blockbuster matchup between the two long-time rivals and broke the record for most pay-per-view buys when they scheduled this bout back in 2018.

‘The Notorious’ was soundly beaten by then-lightweight champion Nurmagomedov and was submitted in the fourth round of the main event.

The Irishman has repeatedly revisited the bout and in his most recent tweet, threatened to take his revenge yet again.

Conor McGregor promised to “batter” Nurmagomedov’s family, presumably referring to his teammates, and proclaimed himself as a lion while ridiculing Nurmagomedov as a rat:

“The lion king chills. Unscathed. They’ll do nothin. Wait an I get up Im gonna and batter the whole family. On top of the cage, the lot. That’s a fuckin lion chillin right there. and a rat knawing [gnawing].”

Danis is known to instigate and involve himself in multiple controversies, including one involving Nurmagomedov. After submitting McGregor, ‘The Eagle’ jumped out of the octagon in pursuit of Danis, who had provoked him throughout the bout, resulting in a massive brawl.

Al Iaquinta stepped in to fight Khabib Nurmagomedov on short notice in his first title match at UFC 223. Nurmagomedov had called Iaquinta a “real gangster” for his courage to take on the unprecedented fight after Tony Ferguson and Max Holloway pulled out of it.

Fans reacted to Conor McGregor’s tweet that took aim at Khabib Nurmagomedov by reminding him of the outcome of UFC 229’s main event.

One fan used a video of Russian social media sensation Hasbulla, where he calls his pet chicken ‘Conor McGregor’.

“you the [chicken emoji] bro”

Other fans joked about McGregor’s tendency to delete his tweets and suggested he do the same.

Many others brought up Nurmagomedov’s resounding UFC 229 victory.

“That’s what he must of meant by “Do nothin.”

Fans also urged him to let go of the loss and move on.

“YOU GOT OWNED BRO LET IT GO”

“He won’t ever let it go, khabib will always be in his mind from that one sided beat down”