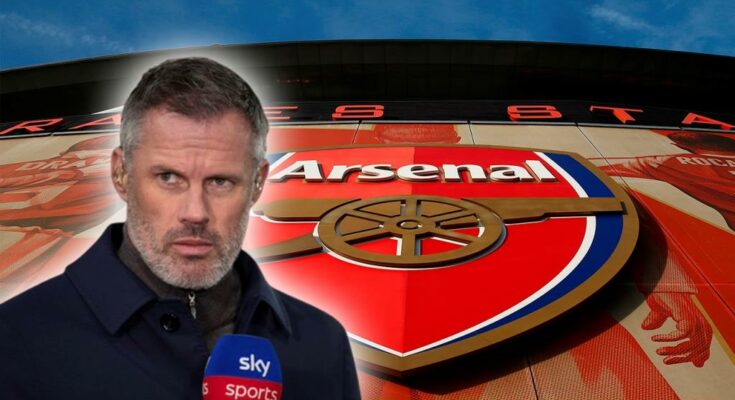 Former Liverpool defender Jamie Carragher hit out at Arsenal left-back Nuno Tavares, who recently joined Marseille on a one-year loan deal, for his below-par performances last season. He feels that the Portuguese cost the Gunners some valuable points in important games last season.

Tavares, who joined the Gunners from Benfica for around £8 million last summer, failed to impress in his debut campaign at the Emirates. He made 28 appearances across competitions, scoring one goal and giving two assists. However, his poor marking and low concentration put him under fire, most notably during the tail end of the campaign.

Arsenal failed to secure a UEFA Champions League spot last season, owing to three successive defeats to mid-table opponents Crystal Palace, Brighton & Hove Albion and Southampton in April. Tavares struggled poorly against Palace and had to be substituted during the half-time break.

Speaking to Sky Sports (via Mirror), Carragher shared his two cents on Tavares, who has now left on loan, saying:

“Nuno Tavares has gone out on loan, I saw. I think if they had a better left-back, then you probably would be in the top four now. I don’t like singling one player out, but I just think he cost you in certain games.”

“I remember that game at Crystal Palace last season; it was on Monday Night Football, and I said on TV: ‘He has to come off at half-time’. I think he (Mikel Arteta) put Granit Xhaka at left-back in the end.”

The north London outfit have made a few reinforcements in the ongoing transfer window. They signed left-back Oleksandr Zinchenko from Manchester City for £31.50 million this summer. The club have also added striker Gabriel Jesus, midfielder Fabio Vieira, goalkeeper Matt Turner and forward Marquinhos. Arsenal will open their Premier League campaign at Crystal Palace on August 6.