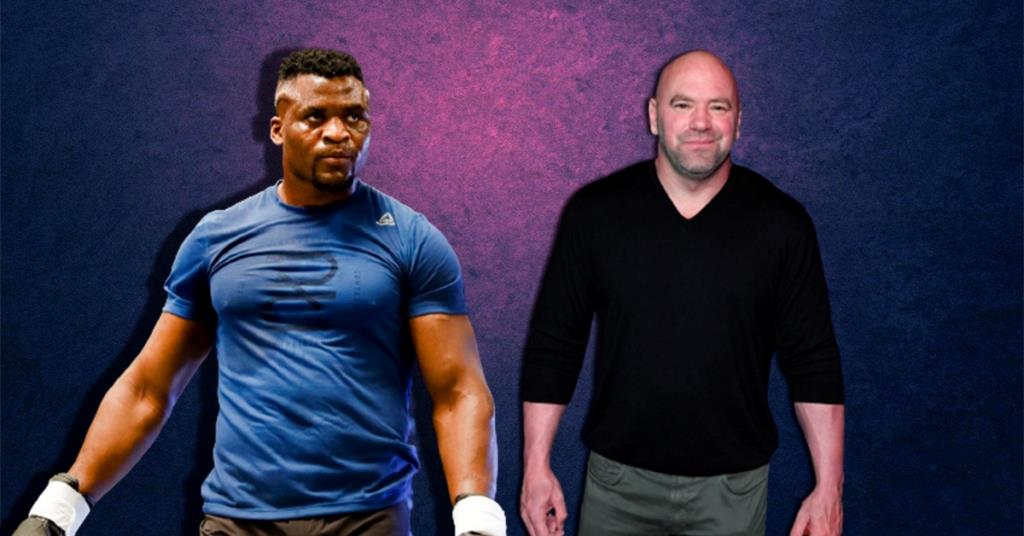 After going 6-0 in the UFC, Ngannou finally earned his first shot at heavyweight gold in 2018. The Cameroonian went on to lose his next two fights. He lost to Miocic in the title fight and subsequently succumbed to a unanimous decision defeat to top-ranked contender Derrick Lewis. He was heavily criticized for his performances in both fights.

In a video posted to his YouTube channel, ‘The Predator’ claimed White was initially very supportive of him, but the losing streak resulted in a change of perception. Francis Ngannou said:

“At first, Dana was all Francis. Then after the Stipe fight, Dana became I think anti-Francis. When I lost the second time against Derrick Lewis, it was one of the reasons. The outcome of the first fight was even the reason why I lost the second fight. You know the transition to be the guy that is accepted and from that to be the other guy who’s like I don’t know enemy or something.”

“I didn’t know how to manage that until I get to the point that I’m like okay screw that. The reason why I get into this sport because it’s fun. So whether I do it for fun or don’t do it anymore. If I started to do it to please people, then that’s not a good reason. Maybe that was why things were going wrong for me.”

Dana White even skipped the coronation of Francis Ngannou following his victory over interim champ Ciryl Gane at UFC 270 last month. The No.4-ranked men’s pound-for-pound fighter is currently involved in a contract tussle with the world’s premier MMA promotion.

Francis Ngannou has racked up six consecutive wins inside the octagon since his loss to Derrick Lewis. After losing to ‘The Black Beast’, he knocked out his next four opponents – Curtis Blaydes, Cain Velasquez, Junior dos Santos and Jairzinho Rozenstruik – at a cumulative time of just two minutes and 42 seconds.

The streak earned him another title shot against Stipe Miocic. This time around, he won via KO in the second round at UFC 260 in March last year.

Ngannou then made his first successful title defense against Ciryl Gane at UFC 270, where he claimed the first-ever decision win of his pro MMA career. He is currently sidelined with an injury and is reportedly out for about nine months. It remains to be seen who he will defend his title against next.