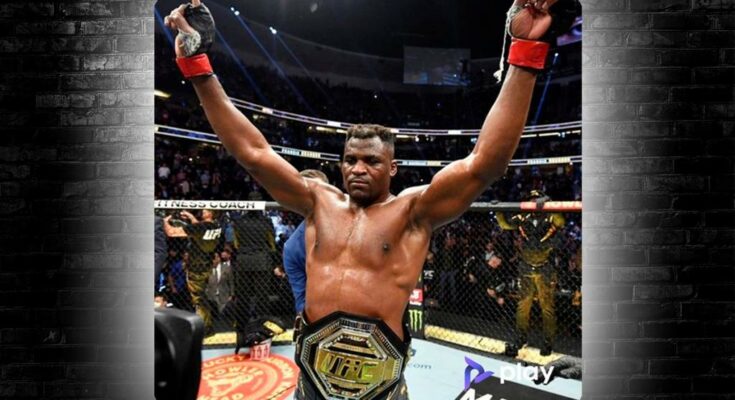 Francis Ngannou announced when he was going to return to the UFC octagon. The Cameroonian will be out of action for the remainder of the year.

Following his win over Ciryl Gane earlier this year at UFC 270, the reigning UFC heavyweight champion underwent surgery to reconstruct a torn ACL and MCL.

Francis Ngannou is currently recovering after successful surgery and is unlikely to return in 2022.

During a recent interaction with TMZ Sports, Ngannou said that he doesn’t expect to be fit to compete before late December or early next year. The Cameroonian revealed that he’s targeting a return to action by early 2023.

“If everything goes well, I’ll be ready by the end of the year because it’s gonna be nine months [so] let’s say late December or early next year.”

Although Francis Ngannou wants to return to action next year, the champion doesn’t have an opponent in mind yet. Once he gets fit and feels ready to compete, that’s when he’ll start pondering over which fighter he’ll face next, said Ngannou.

“As for now, let’s fight this situation and get everything squared up yeah, and then when I’ll be close to the return, we will see where the landscape is at because a lot of things can happen.”

Francis Ngannou is likely to return to the octagon and defend the heavyweight title upon his imminent return.

There were doubts surrounding the Cameroonian’s future in the octagon after he criticised the promotion for not giving him an improved contract which allowed him to compete in a crossover fight with Tyson Fury.

‘The Gypsy King’, seems to have had a change of heart. The retired boxer claimed that he isn’t interested in fighting right now. Speaking about a potential scrap against Ngannou, Fury said it wouldn’t be “a real fight.”

He also mentioned that UFC president Dana White isn’t interested in promoting the fight, possibly insinuating that it may be one of the reasons why he changed his stance on fighting ‘The Predator’.

During a recent interview with iFL TV, Fury stated:

“It’s not a real fight, is it? It’s pretend. It’s like a whatever, it is a crossover fight but anyway Dana White don’t want it so that’s it. Francis, I’m sure Francis would love the fight, [to] put on a show and entertain the people and whatever but I’ve gone off all forms of doing it, doing fighting.”

With both the UFC and Francis Ngannou reluctant to budge, it seemed like the heavyweight champion might not be seen inside the octagon again. Things, however, have changed dramatically recently as Fury downplayed his interest in a potential clash with Ngannou.

He said he is retired and doesn’t wish to compete in a “pretend” mixed rules fight with ‘The Predator’. A fight with Fury would have ensured a big paycheck for Ngannou but with that opportunity seemingly gone, he seems likely to continue fighting inside the octagon.