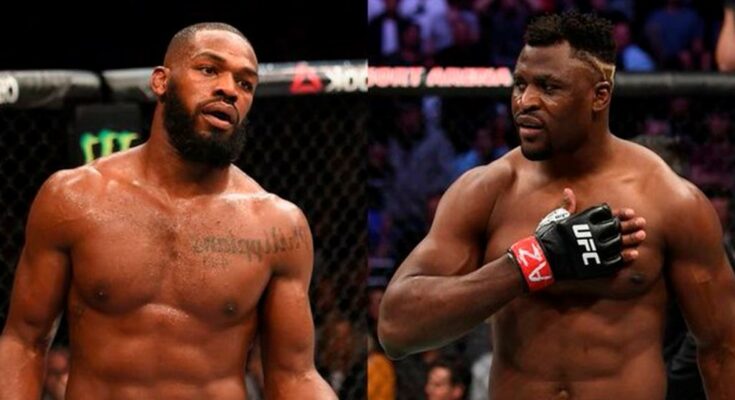 Francis Ngannou has asked Jon Jones to be humble after the former light heavyweight champion jibed at ‘The Predator’ for defending Israel Adesanya’s performance at UFC 276.

Jones was unimpressed with the Nigerian-born New Zealander’s performance. Francis Ngannou defended Adesanya, stating that while Jones has been inactive for the past two years, ‘The Last Stylebender’ has successfully defended the title five times.

Jones was offended by Ngannou’s response and jibed at the heavyweight champion. He claimed that the Cameroonian and Adesanya have a long way to go before they can match his achievements in the UFC.

Jones’ jibe elicited a stern response from Ngannou, who asked ‘Bones’ to start respecting other fighters and wait for his turn to face the heavyweight champion inside the octagon. That said, Francis Ngannou also made it clear that he is respectful of Jones’ past achievements inside the octagon. ‘The Predator’ referred to the former light heavyweight titleholder as “a hell of a Champion,” urging him to start acting like one:

“You’re definitely a hell of a Champiom but you need to act like one. Its ok to be respectful for others achievements bro, it doesn’t take anything out of your success. Sit tight, you’ll get your turn. Sincerely, The KING #Facts #3kings“