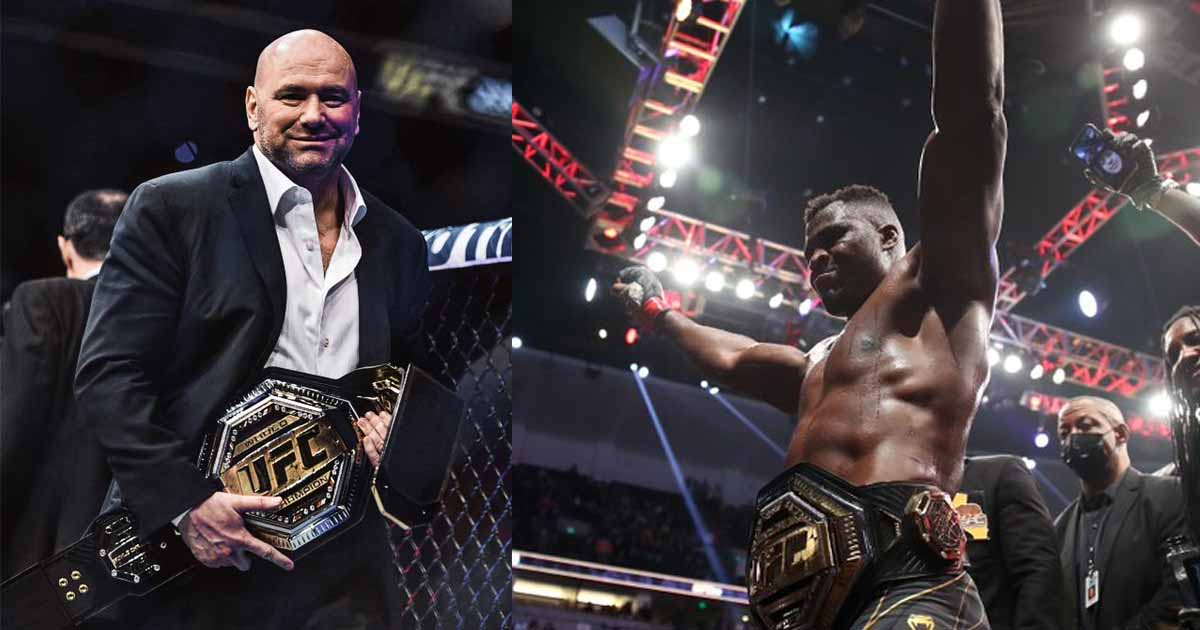 Francis Ngannou has shared his views on UFC president Dana White not presenting him with the heavyweight belt after he beat Ciryl Gane via unanimous decision at UFC 270 in January. While White generally wraps the UFC belt around the victor’s waist – particularly after high-profile UFC title matchups – he was consciously absent during Ngannou’s belt presentation ceremony at UFC 270.

Many believed that White’s absence was because Francis Ngannou had criticized the UFC and refused to sign a new UFC deal leading up to the fight. In an edition of the PBD (Patrick Bet-David) podcast, Ngannou opened up about the same. Podcast host Patrick Bet-David pointed out that White later shot down rumors of any rift between him and Ngannou.

White had notably claimed that he and Ngannou had cordial interactions ahead of the fight and that his absence during the ceremony was because he was dealing with some ‘stuff’ at the time. Ngannou addressed this and stated:

“Furthermore, Ngannou suggested that there’s only so much that you can ask from people. Ngannou explained that the biggest respect you can have is you respecting yourself, standing by your beliefs, and making your point, which is what he did at UFC 270.”

Francis Ngannou recently underwent knee surgery. ‘The Predator’ is likely to return either in late-2022 or early-2023. Meanwhile, former UFC light heavyweight champion Jon Jones recently insinuated that he’s looking to make his heavyweight debut in June or July of this year. When asked if he’s been offered a fight yet, Jones tweeted:

“Nope, but my plan is to be in peak condition come June/ July”