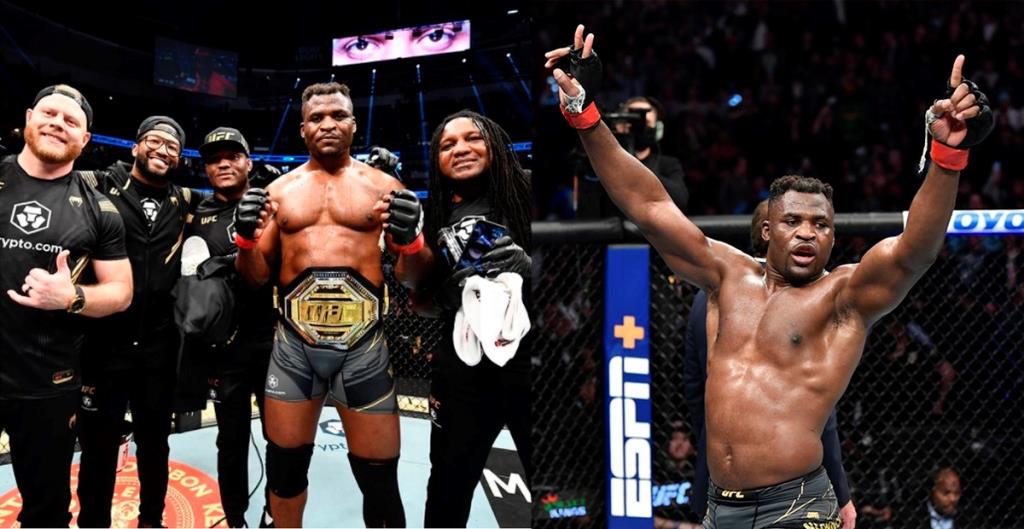 Usman was cornering Ngannou at UFC 270, alongside Nicksick and Cooper. ‘The Predator’ was put under heavy pressure early on as Ciryl Gane’s elusive striking allowed him to rack up points.

Francis Ngannou would then switch to a wrestling-focused attack, winning the last three rounds. In a recent interview with The Schmo, both Cooper and Nicksick discussed how Usman reacted to the ebb and flow of the fight:

“Usman was very happy. He was stressed like hell in the first two rounds. We love Kamaru, but you know he was stressed because he loves Francis so much. Him and Francis are friends. We’re friends with Francis also, but we’re also his coaches. So we don’t get too emotionally invested at those moments of it don’t look too well. Usman was definitely starting to stress. But he’s a champion, he wants the best for Francis. He really wanted Francis to win.”

Francis Ngannou’s coaches on how they felt going into the fifth round.

Despite dropping the first two rounds, both Eric Nicksick and Dewey Cooper felt confident as the bout entered round five. It would ultimately be the closest round of the entire bout, hingning upon Francis Ngannou scissor sweeping Gane as the Frenchman attempted a heel hook.

They had the following to say:

“We all felt comfortable going into the fifth round because we all had it two-two going into the fifth. And we knew we had the momentum swing, and we just knew, five minutes left, who wants this five minutes the most. We knew our guy had the gas… All you people talking about Francis will gas out, he don’t have five in him. It came down to the last motherf***ing five minutes and you seen what happened.”