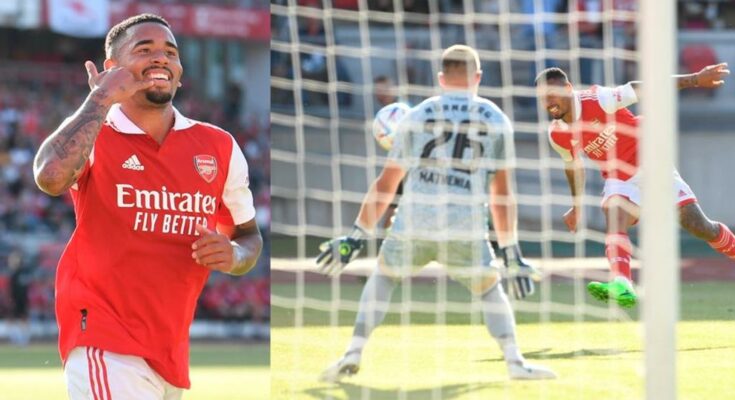 Gabriel Jesus took just 85 seconds to score his first Arsenal goal as he bagged a brace on his unofficial debut in a pre-season friendly win over FC Nurnberg.

The £45million summer signing was left out of the starting XI against the team from Germany’s second tier, but after the Gunners found themselves 2-0 down at half-time, Mikel Arteta brought Jesus on in one of four changes.

His impact was instantaneous, with the striker driving the ball towards the box before playing a nice one-two with Eddie Nketiah and beating the keeper from a tight angle.

Nurnberg pulled one back in the 73rd minute to set up a tense finale, but just moments later Jesus neatly flicked in his second from a Gabriel Martinelli cross.

Jesus had been a long-time target for Arsenal, and while this is only a friendly against a side that they were expected to beat, it does seem like money well spent at this stage.

Arteta named a starting XI with a blend of youth and experience, as new signing Matt Turner began in goal alongside 17-year-old defender Reuell Walters, while another summer addition Marquinhos also coming off the bench.

Kieran Tierney was subbed off after just half-an-hour, initially worrying fans that the left-back was injured again, but it seems that it was in fact a planned substitution as the Scotland international works his way back to full fitness.