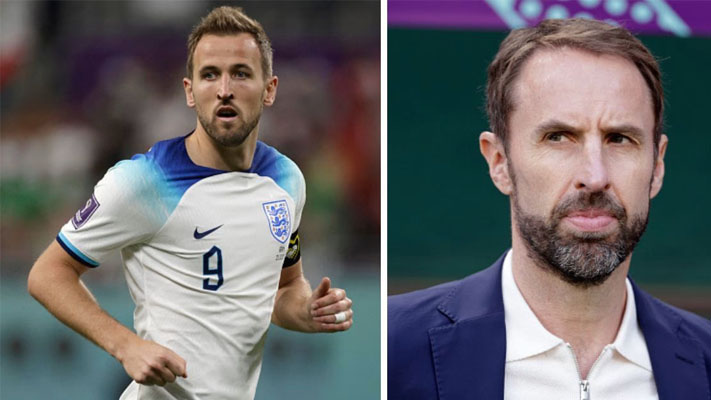 Manager Gareth Southgate has provided a positive injury update on England striker Harry Kane ahead of his team’s 2022 FIFA World Cup clash against the United States of America.

The Three Lions ran out 6-2 winners against IR Iran on November 21, with Kane grabbing one assist each on either side of half-time. However, the Tottenham Hotspur centre-forward exiting the pitch in the 75th minute of the game worried England fans.

He seemed to have suffered a knock when he was brought down by Iran centre-back Morteza Pouraliganji in the 48th minute. Kane was also seen sporting an ankle brace after the full-time whistle.

“He’s good. He’s worked a little bit more individually today, but he’ll be back in with the team tomorrow and all good for the game. We just checked him out just to see. I think, sometimes, when you’re treating things, it’s important to know exactly what is there and that was all good.”

“It’s not so much the ankle, it’s more the foot. It was a poor challenge, really, but I think it’s one that, fortunately, we’ve got away with reasonably lightly. I was (holding my breath) when he went down on the pitch, but once he’d carried on playing, everything has been good.”

Kane will be eager to win the Golden Boot for the second time after bagging the award in Russia following his tally of six goals in the competition. It remains to be seen if he will be fit to make England’s starting XI against the USA on November 25.

Harry Kane is undoubtedly England’s talisman at the 2022 FIFA World Cup. The 29-year-old is in the prime of his career and will be crucial if the Three Lions want to win the World Cup for the first time since 1966.

The Spurs forward has featured in each of Spurs’ 22 games across competitions this campaign, scoring 13 goals and providing two assists. Hence, his playing time will have to be carefully managed.

England cannot risk their best player getting injured, which is why a win against the USMNT would be extra crucial. A win against manager Gregg Berhalter’s side would guarantee qualification to the last 16 of the 2022 FIFA World Cup.

If that happens, Southgate will have the freedom to rest Kane against Wales on November 29.