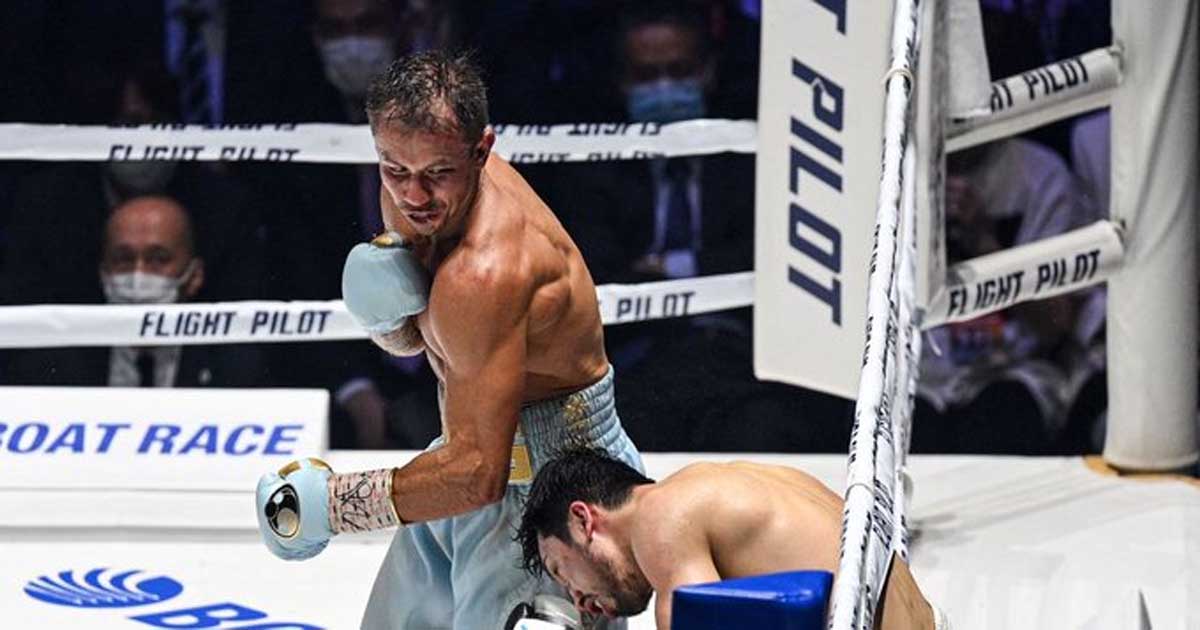 Ryota Murata gave Gennadiy Golovkin a lot of trouble in the first five rounds of their fight Saturday.

Once an aged Golovkin got into a rhythm, however, Golovkin battered the courageous Japanese champion over the final three-plus rounds of their middleweight title unification fight. Golovkin eventually dropped Murata in the ninth round and stopped him in a main event streamed by DAZN from Saitama Super Arena in Saitama, Japan.

Referee Luis Pabon stopped their bout at 2:11 of the ninth round because Murata’s trainer threw in the towel after he went down.

Golovkin, who turned 40 on Friday, fought for the first time in 15½ months. Before he beat Murata, he hadn’t boxed since he dominated overmatched mandatory challenger Kamil Szeremeta in December 2020.

The hard-hitting Golovkin dropped Poland’s Szeremeta (22-2-1, 6 KOs) four times on his way to beating him by technical knockout after the seventh round of a main event DAZN streamed from Hard Rock Hotel & Casino in Hollywood, Florida.

The Kazakhstan native’s victory over Murata secured his place in a potential third showdown with Canelo Alvarez on September 17. Mexico’s Alvarez (57-1-2, 39 KOs) now must beat WBA light heavyweight champ Dmitry Bivol (19-0, 11 KOs) on May 7 at T-Mobile Arena in Las Vegas for a third Alvarez-Golovkin fight to happen.

Golovkin had taken complete control by the time the ninth round began.

Golovkin drilled Murata with a right hand that hurt him just five seconds into the ninth round. Murata backed away, but Golovkin aggressively went after him and continually landed hard head and body shots.

Golovkin then blasted Murata with a left hook about a minute into the ninth round. Murata backed into the ropes and tried to cover up, but a relentless Golovkin kept hitting him with damaging shots.

Murata managed to land a couple of hard right hands later in the ninth round, but Golovkin caught him with a right hand that knocked Murata to the canvas with 52 seconds on the clock.

Murata’s trainer threw in the towel as Pabon began to count.

Golovkin connected with a right to the body 20 seconds into the fifth round. He then landed a left to the body five seconds later.

A left hook by Golovkin buckled Murata’s legs 1:25 into the fifth round. Golovkin connected with another left hook up top a few seconds later.

Murata drilled Golovkin with a right hand to his head with just over 20 seconds remaining in the fifth round.

A left hook by Golovkin made Murata reset his feet just before the midway mark of the fourth round. But Murata continued to apply pressure and landed hard right hands to Golovkin’s head in that round.

After absorbing numerous right hands in the first two rounds, an aggressive Golovkin went after Murata to start the third round. A right hand by Golovkin made Murata take an awkward step just 10 seconds into third round.

Murata landed a counter right hand that made Golovkin reset his feet barely a minute into the third round. Golovkin’s stiff jab connected with just under a minute remaining in the third round.

Murata’s left hook to the body made Golovkin take a deep breath and move away from him with 45 seconds to go in the third round.

Pabon warned Murata for a low blow that connected 30 seconds into the second round. Murata again found a home with his right hand with regularity, however, and gave Golovkin plenty to think about.

A right uppercut by Murata landed with just over a minute on the clock in the second round.

Golovkin established his jab as soon as the opening bell sounded and landed numerous hard jabs in the opening round. Murata caught Golovkin with several right hands in the first round, though, and made him back up at times.