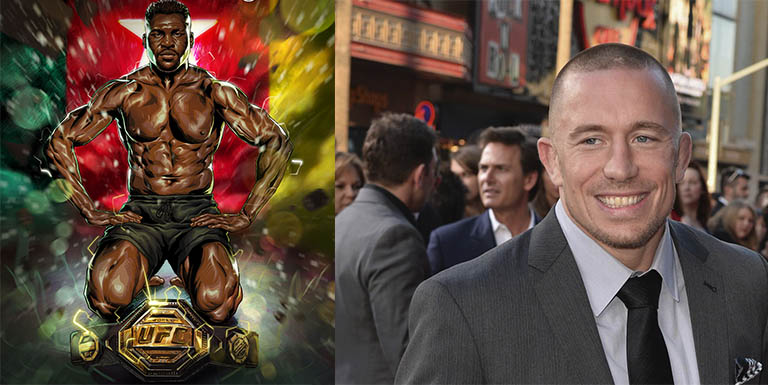 Georges St-Pierre believes Francis Ngannou deserves the big payday he has been rallying for. St-Pierre is well acquainted with Ngannou’s incredible life story as both fighters are represented by the Creative Artists Agency.

According to the UFC Hall of Famer, Ngannou took a huge risk in fighting Ciryl Gane with an injured knee at UFC 270. St-Pierre believes that the UFC heavyweight champion deserves a lucrative new contract after a lifetime of toil. The 40-year-old told Ariel Helwani on The MMA Hour:

“Man, that guy crossed the ocean with a boat. And nobody could swim, that guy could have died. So for him the significance of fighting, it must be different for him, coming from that background. He’s got an incredible story and he made it. I’m so glad that he made it. And now he deserves it, a 100%. I heard he fought his last fight with a knee injury. That’s crazy, he took an enormous risk.”

“Life need to pay him back. He work too hard for this. He deserves it, more than anybody.”

Francis Ngannou is coming off a successful defense of his title at UFC 270 earlier this year. His current contract with the promotion expires at the end of 2022. He is currently sidelined after undergoing knee surgery, and if he re-signs with the promotion, will return to the octagon next year.

Watch Georges St-Pierre’s appearance on The MMA Hour below:

Francis Ngannou defended his heavyweight title against Ciryl Gane in January. ‘The Predator’ says that he is now done with $500,000 or $600,000 paydays and also wants to take on pro boxing bouts alongside his UFC career.

Ngannou and the UFC have been engaged in a contract dispute for quite some time now. The UFC reportedly threatened to sue the Cameroonian’s manager Marquel Martin as he was allegedly discussing a potential boxing bout with Jake Paul’s manager.

According to former two-division UFC champion Georges St-Pierre, Ngannou should explore other options if the UFC doesn’t meet his demands. He further told Ariel Helwani on The MMA Hour:

“I’m telling him [Francis Ngannou] as a friend that he needs to get paid to his value. And if he’s not satisfied with what the UFC gives him, then go seek, go get your service somewhere else where they’re going to pay you well because he’s not young.”