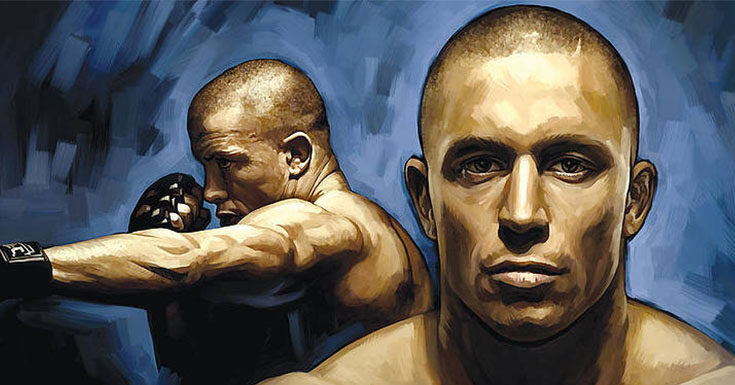 Georges St-Pierre has no plans of returning to pro MMA competition but he has three names in mind if he has a change of heart.

Georges St-Pierre is a living legend. He ruled the roost at welterweight under the UFC banner for so many years and even captured the UFC Middleweight Championship before calling it a career. He is now a UFC Hall of Famer.

Georges St-Pierre has named Khamzat Chimaev, Kamaru Usman, and Khabib Nurmagomedov as the three fighters he would like to face if he ever returns to the UFC.

Despite his retirement, fans continue to fantasize about dream matches involving St-Pierre and he’s well aware of it.

When asked who he’d want to fight in MMA today if he were to make a grand return, “Rush” had three big names in mind.

“If I had to come back and fight today, the three current fighters I would choose to fight, and I won’t because I don’t wanna come back, but If I would have come back… I would want to be the best. So, I’d would the best guys. Maybe Usman, Chimaev and… Khabib, if he would stil be there. But, unfortunately for me and the fans and everybody, it’s not gonna happen. Because I’m done and I don’t miss it at all,” said Georges St-Pierre.

Kamaru Usman is the reigning UFC Welterweight Champion. Some have debated whether or not “The Nigerian Nightmare” has taken the throne as the greatest welterweight of all time.

Khabib Nurmagomedov, like St-Pierre, is a retired legend. “The Eagle” was recently inducted into the UFC Hall of Fame. When he was an active fighter, he pushed for a matchup with GSP but the UFC brass never wanted to make the fight happen.

Then there’s Khamzat Chimaev. “Borz” has quickly been rising in popularity and is soaring up the UFC welterweight rankings. He’s fresh off an absolute war with Gilbert Burns, which resulted in the biggest win of his young pro MMA career.