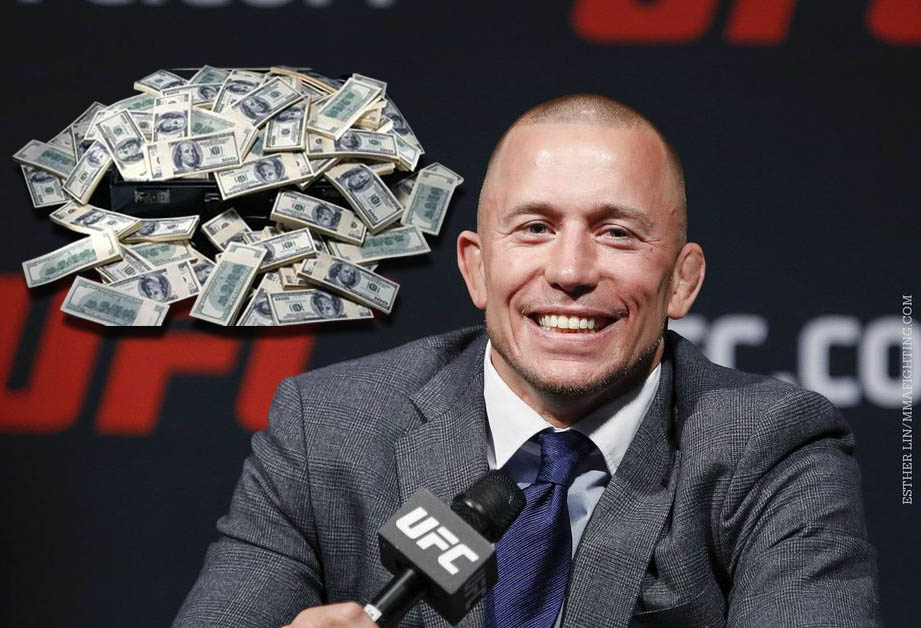 Georges St-Pierre has revealed the secret of what he did to get millions of dollars in payouts for himself in the midst of his UFC performance.

Back in the noughties, the UFC was in the midst of an elite welterweight surge – and the one man who sat at the top of that mountain was GSP. He was able to see off the challenge of every competitor he fought, avenging his only two defeats to Matt Hughes and Matt Serra.

After the latter of those two wins, St-Pierre and his team decided to tell the promotion that they wanted to test the waters with free agency. It was a risk, but as Georges reveals in Wealthsimple Magazine, it was one that paid off.

“Like a poker bluff, we said, ‘We don’t want to re-sign before the fight – we want to just finish the contract,’” St-Pierre wrote. “We took a big risk. Because it’s like a stock market. Your stock might go up if you’re successful, but it can also go down if you lose. But that’s what we decided to do. I always believed in myself, so we took the big risk. …

“So after I won the championship in 2008, I took a big gamble on myself and told UFC I was not going to re-sign with them. And then, the day before my fight with Jon Fitch, the UFC came back with a big, crazy contract because they didn’t want me to become a free agent. You read I made $400,000 a match? No. I made a lot more than that. A lot more than that. Millions. When I was at the peak of my career, I was making many millions of dollars.”