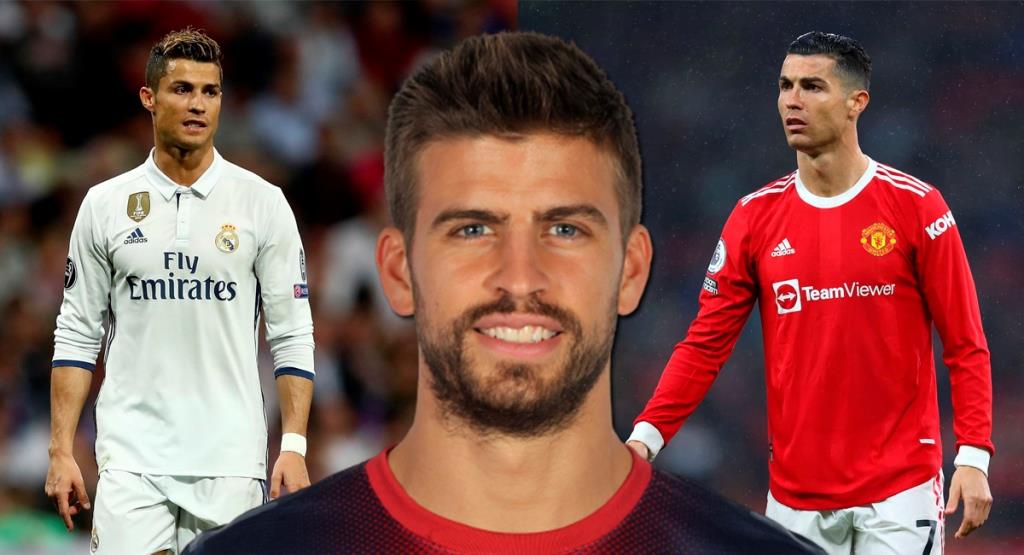 Gerard Pique – Barcelona defender believes Real Madrid’s version of Cristiano Ronaldo was a better player compared to his first spell at Manchester United. The Spanish defender was teammates with Ronaldo during his first stint at Old Trafford where they lifted the 2008 Champions League title.

Pique stated that Ronaldo was a much more important player for Los Blancos compared to the Red Devils. The Portuguese forward also won a lot more trophies in Spain compared to his time at Manchester United.

Speaking to Gary Neville on the YouTube channel The Overlap, Gerard Pique stated:

“I think that in Manchester, he played more as a winger, he was focused on the show, the spectacular. At Madrid he started to play as a striker, he was a finisher, he scored so many goals and he was so important for the success of Real Madrid winning the UCL. Difficult to choose but maybe I’d say the Madrid one.”

Cristiano Ronaldo had a stellar career at the Santiago Bernabeu since his £80 million move from Manchester United in the summer of 2009. The Portuguese captain left the club in 2018 as Real Madrid’s record goalscorer. Ronaldo managed to score an incredible 450 goals in 438 appearances across all competitions.

Ronaldo, however, first caught the eye of the footballing world at Manchester United. He was instrumental under Sir Alex Ferguson and helped the Red Devils win three Premier League titles. Ronaldo also lifted the first of his five Ballon d’Or awards whilst playing for United in 2008.