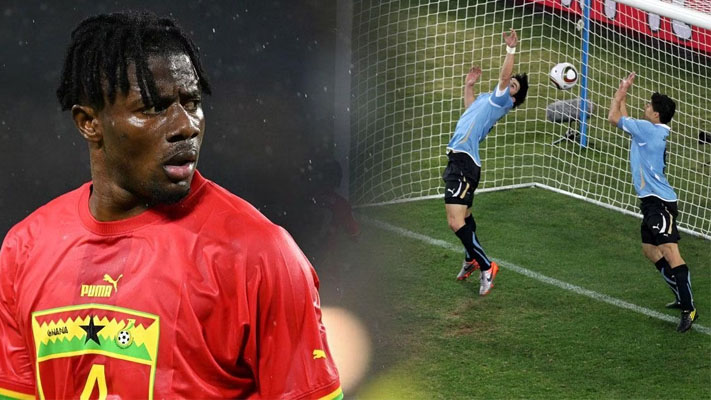 Ghana defender Mohammed Salisu has sent an ominous message to Luis Suarez and Uruguay ahead of their Group H encounter at the 2022 FIFA World Cup today (December 2).

The Southampton centre-back has joked that he’s also a part of his team’s revenge mission. He stated that they are looking to exorcise the demons of their clash from the South Africa edition, 12 years ago.

The Black Stars played Celeste in the quarter-finals of the 2010 FIFA World Cup. Suarez stopped a goal-bound header from Dominic Adiyiah with his hands, earning himself a straight red card.

Ghanian great Asamoah Gyan stood over the resulting penalty but saw his effort saved. Suarez added insult to their injury with wild celebrations from the sidelines.

With the match tied at 1-1 even after 120 minutes, penalty shootouts beckoned. Uruguay eventually prevailed 4-2 for a place in the semi-finals, knocking the African side out.

More than 12 years later, the sides are set to clash on football’s biggest stage once more. Otto Addo’s side have nothing but revenge on their minds and they could achieve it by dumping Suarez and co. out.

Salisu wasn’t a part of their squad in Johannesburg that day. However, playing in his first World Cup with Ghana, he is hoping to exact revenge for what happened that day.

He said (via Hampshire Live):

“Ghanaians are looking forward to that game because we are going for revenge.”

The west African side are currently second in Group H and can qualify for the Round of 16 with just a draw against Uruguay. This is unless South Korea don’t beat Portugal comprehensively and end up with a higher goal difference.

For Uruguay, though, only a victory will suffice, while hoping that Korea loses to the Selecao.

Uruguay are yet to score at FIFA World Cup Qatar

Despite boasting a talented attacking arsenal of Suarez, Darwin Nunez, Edinson Cavani and Maxi Gomez, Uruguay are yet to score a goal in Qatar.

The Celeste started their campaign with a 0-0 draw against South Korea before losing 2-0 against Portugal. If they are to advance into the next round, Diego Alonso’s side must do something they haven’t done yet, i.e, score goals!

Ghana have conceded five times in two games, so the south American side will fancy their chances. However, the Black Stars have also scored as many at the other end, indicating they are a menacing unit.

With Suarez and Cavani playing in their last FIFA World Cup, it could be a tragic end to their storied careers if they lose out in the group stages. It would certainly be a fairytale revenge story for Ghana though.