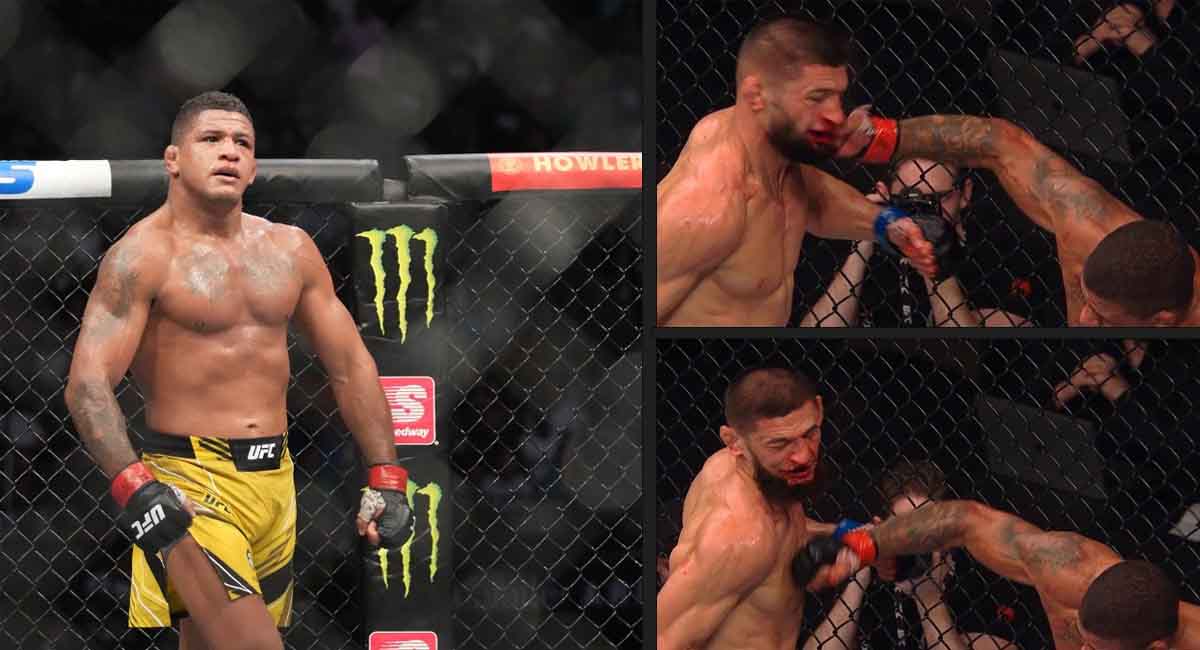 Gilbert Burns recently discussed his back-and-forth outing against Khamzat Chimaev at UFC 273. Interestingly, while ‘Durinho’ acknowledged the power in Chimaev’s hands, he expected ‘Borz’ to wrestle some more.

Gilbert Burns claimed that a Swede from his team translated Chimaev’s coach’s instructions during the bout. The Brazilian claims that ‘Borz’s coach told him to avoid grappling exchanges as Burns’ jiu jitsu could be dangerous.

Having tested Chimaev to his limit, ‘Durinho’ believes that the surging prospect is certainly a tough fighter, but not the monster that people have hyped him up to be.

The 35-year old said in an interview with TMZ Sports below:

“I think he hits pretty hard. I was expecting a little bit more wrestling… But definitely a lot of pop on his hands. That guy hits very hard. But like I said before, I have eternal respect for these guys. But I don’t see no superman, I don’t see no murderer, no monster. I see a guy just like me with a lot of will, with a lot of heart, trying to get a finish. But I think he is another tough guy. I don’t think he is the monster that people put here. I just showed that he’s human. I dropped him multiple times. But the guy is a warrior so you know I gotta give him that.”

Watch Gilbert Burns weigh in on the Chimaev fight below:

Gilbert Burns is not concerned about a drop in rankings

Gilbert Burns did not blink at the idea of facing the number eleven-ranked Khamzat Chimaev when he was placed at number two on the welterweight ladder. Burns and ‘Borz’ delivered an instant classic which some labeled the uncrowned headliner for UFC 273.

Burns eventually dropped a tight decision against ‘Borz’ after going all out for three rounds. However, the Brazilian received a win bonus for the spectacular performance despite losing the fight. In the aftermath of the bout, ‘Durinho’ also stated that he was unbothered by his demotion in the welterweight rankings.

Interestingly, the Brazilian has asked for a rematch against ‘Borz’ on his way up to title contention. However, the UFC may be looking to book Chimaev against a higher-ranked opponent for a title contention fight.