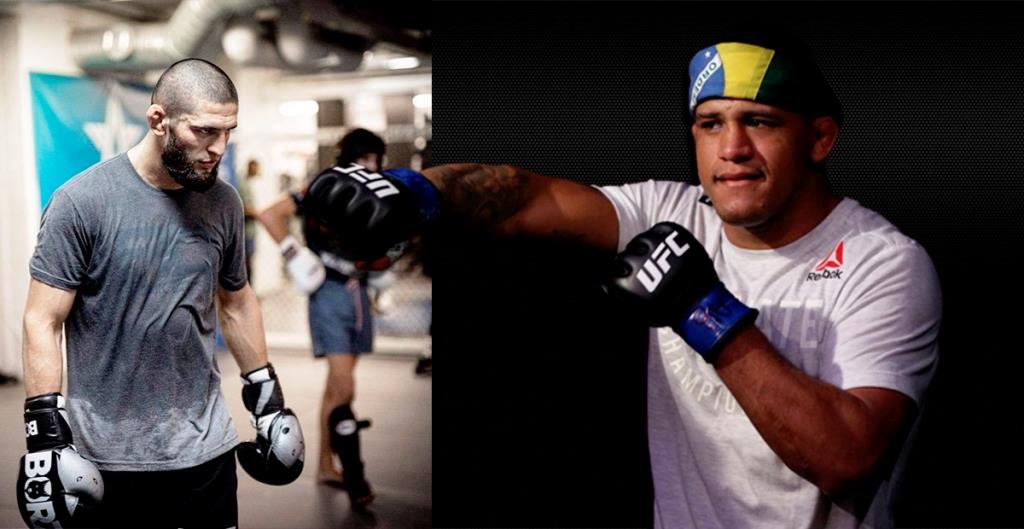 Gilbert Burns has claimed he is now officially in training camp ahead of the fight against Khamzat Chimaev. A matchup between Burns and Khamzat Chimaev has been rumored for some time now. According to reports, the UFC is targeting a bout between the two for UFC 273.

Without providing specifics, Burns has claimed he is now officially in training camp. Amidst rumors of his bout against Chimaev, ‘Durinho’ wrote on Twitter:

Burns is coming off a dominant decision win over Stephen ‘Wonderboy’ Thompson at UFC 264 last July. Prior to that Burns’ six-fight win streak was snapped by a failed title bid against Kamaru Usman at UFC 258 in February 2021.

Meanwhile, Chimaev is coming off a first-round submission win over Li Jingliang at UFC 267 in October 2021. Chimaev currently holds a perfect 10-0 professional victories, including four UFC wins. All of ‘Borz’s’ professional wins have come via stoppages.

Khamzat Chimaev recently called out Gilbert Burns, even claiming he is more Brazilian than ‘Durinho’. According to the Chechen-born Swede, he has a better grappling pedigree compared to Burns. Chimaev said on his YouTube channel:

“Everybody is talking about me, but nobody wants to fight with me because we kill everybody. For me, it doesn’t matter. Gilbert Burns talked about Brazil. I’m more Brazilian than him because my coach is Brazilian. I’m a blue belt under Alan ‘Finfou’ Nascimento. I know many times my coach smashed Burns, too, on the mats. We are going to choke him out. A ‘Finfou’ blue belt against a black belt.”

Burns responded to Chimaev, requesting a matchup against him in Brazil. Chimaev accepted the matchup with ‘100%’ emojis.

According to early reports, a matchup between Burns and Chimaev was being targeted for UFC 274 on May 7 in Brazil. However, Combate’s Raphael Marinho recently revealed that the bout is now being planned for UFC 273 in April.