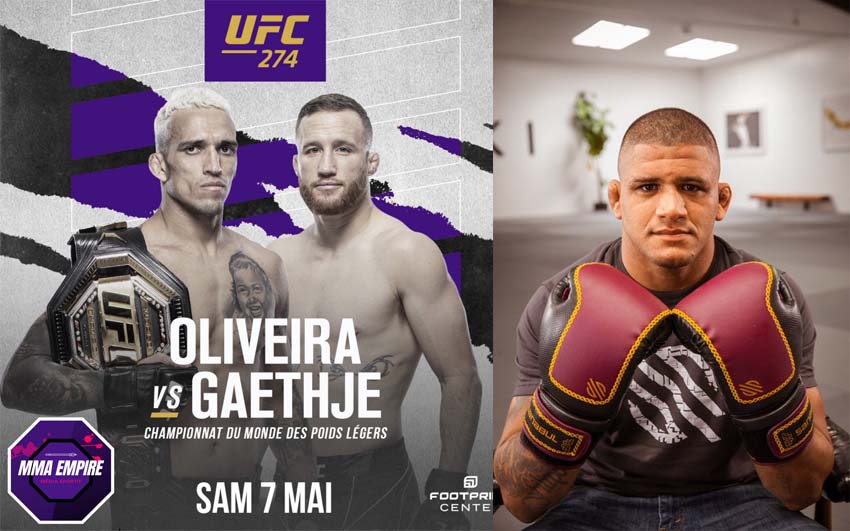 Former contender for the UFC welterweight title Gilbert Burns believes that the champion of the lightweight division Charles Oliveira will win over Justin Gaethje.

In the past, Gilbert Burns have been close to facing lightweight champion and fellow Brazilian Charles Oliveira in the UFC.

Now he will watch as Oliveira defends his lightweight crown against Justin Gaethje in the UFC 274 main event at Footprint Arena in Phoenix, Ariz., on Saturday night.

Before he moved to 170 pounds, Burns had designs on squaring off with “Do Bronx,” as well.

“When I was in the lightweight division, I asked the UFC to face him,” Burns said.

“He defeated three of my training partners in a row: Nick Lentz, Jared Gordon and Michael Chandler. I was already getting used to being in the corner opposite Oliveira, but on Saturday it will be different. Finally I´ll be able to cheer for him.”

In Burns’ opinion, however, the champion will not be at too great a risk against the challenger.

“Gaethje’s chin is not the same anymore. He is being hardly hit and knocked down in every single fight. Also he is very weak on the ground. Khabib showed the path to Charles,” Burns said.

“If he puts the right pressure controlling the distance, using his longer range with kicks and knees and changing levels, I see Charles submitting him in the first or second round.”