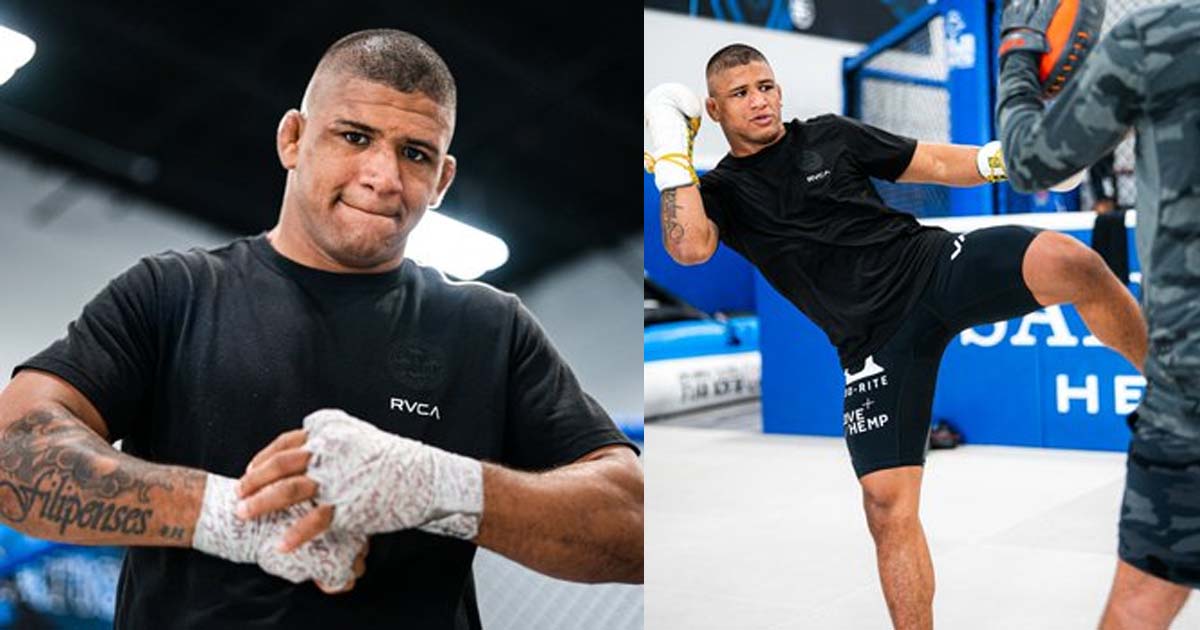 Gilbert Burns has seemingly urged fans to bet on him against Khamzat Chimaev. Speaking to Yahoo! Sports’ Kevin Iole, Burns indicated that he’s confident about defeating ‘Borz’ in their highly-anticipated welterweight bout at UFC 273.

As of this writing, Odds Shark lists Burns as a +400 underdog. Meanwhile, Chimaev is listed as a -500 favorite and is expected to win the fight. Iole suggested that despite being a much more experienced and accomplished MMA fighter than Chimaev, the vast majority of oddsmakers have ‘Durinho’ as a significant underdog against ‘Borz.’

When asked whether this bothers him, Burns responded by stating:

“No way. Never. It’s, for sure, not going to bother me. Let’s just get all my fans in there, all my supporters, and put the house on it. And let’s make five houses, you know, just like – Let’s get rich, everybody. So, I’m excited. I like it.”

“You know, I’ve been underdog in my last four or five fights, and I don’t mind. It’s just like, I think it’s the same thing with Glover Teixeira, Charles Oliveira. So, yeah, not a case. To be honest with you, I think back in the day, it used to kind of bother me a little bit. But now, it don’t make no change.”

‘Durinho’ notably cited the examples of UFC light heavyweight champion Glover Teixeira and UFC lightweight champion Charles Oliveira. Gilbert Burns alluded to the fact that his fellow Brazilian MMA veterans, Teixeira and Oliveira, have similarly been the underdogs in their recent fights but emerged victorious regardless.

Khamzat Chimaev boasts a professional MMA record of 10 wins and 0 losses. Chimaev has been touted by many as a future UFC champion. The undefeated ‘Borz’ has his sights on capturing both the UFC welterweight and middleweight titles. On that note, a win over Burns would do wonders for Chimaev’s welterweight title aspirations.

The No. 2-ranked UFC welterweight Gilbert Burns is scheduled to fight the No. 11-ranked Khamzat Chimaev at UFC 273 on April 9th. In a recent interview with TSN’s Aaron Bronsteter, the Brazilian outlined his plans to beat Chimaev. Vowing to secure a stoppage victory over ‘Borz,’ Burns said:

“The best way would be a finish. I think this guy is very tough, very good and that way I wanna make a big statement with this fight. I think he’s very very tough, I think it’s gonna be a war but I see myself getting the finish in knockout or submission. I think that’s the best way to beat this guy.”