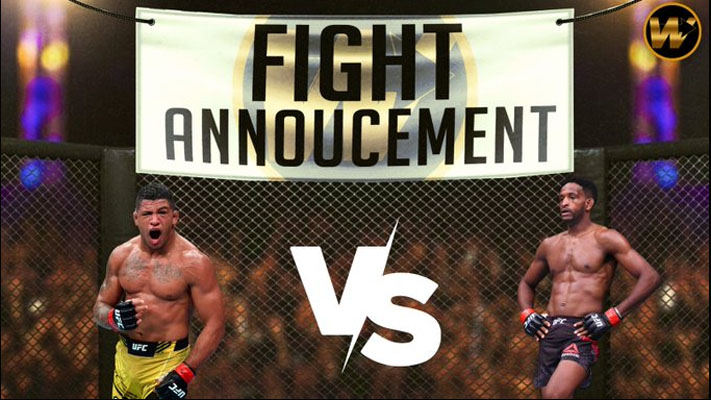 When the UFC announced they would be returning to Rio de Janeiro, Brazil, Gilbert Burns immediately called to be on the card. He has since called out Jorge Masvidal for the event and revealed that ‘Gamebred’ turned him down multiple times.

In the meantime, veteran Neil Magny called out ‘Durinho’ following his win over Daniel Rodriguez and Burns had said if the Masvidal fight didn’t happen, he would face Magny at UFC 283.

“Gilbert Burns is one of the toughest, or in my opinion, the best grappler in the division right now… I feel like I did a lot of growing in that fight against Shavkat and I feel like challenging myself against a good grappler like Gilbert Burns is just going out there to show it,” Magny said.

“Congrats Neil Magny last time I heard UFC said I have an opponent for [Brazil], if he doesn’t show up, we can dance I’m in [100 percent] to make this Fight happen! For now great finish and congrats on your record!,” Burns responded.

Now, according to ESPN’s Brett Okamoto, Burns will face Magny at UFC 283 on January 21 in Rio de Janeiro, Brazil. The event will be headlined by a flyweight title fight between Deiveson Figueiredo and Brandon Moreno.

Gilbert Burns (20-5) is coming off a decision loss to Khamzat Chimaev back in April at UFC 273. Prior to that, he defeated Stephen Thompson by decision to get back into the win column after losing to Kamaru Usman for the belt. The Brazilian is currently ranked fifth at welterweight and is 5-2 since moving up in weight with other notable wins over Tyron Woodley and Demian Maia.

Neil Magny (27-9) returned to the win column earlier in November as he submitted Daniel Rodriguez in the third round. The victory made him the winningest welterweight in UFC history. Prior to the win over Rodriguez, Magny suffered a submission loss to Shavkat Rakhmonov which snapped his two-fight win streak.

With the addition of Burns vs. Magny, UFC 283 is as follows: