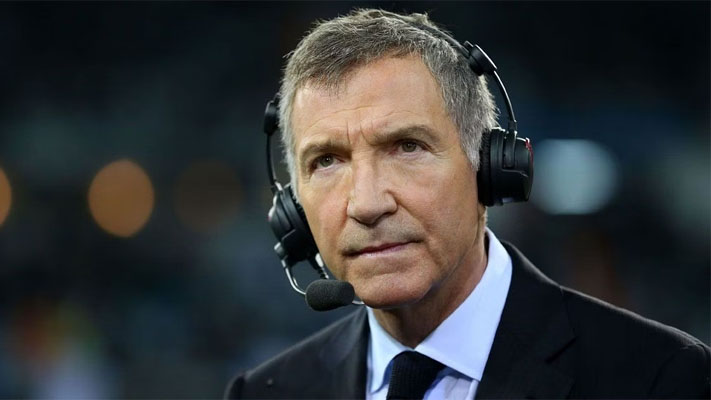 Liverpool legend Graeme Souness believes England striker Harry Kane should not have remained on the pitch after suffering an injury in their FIFA World Cup opener against Iran.

England ran riot at the Khalifa International Stadium on November 21 as they secured a 6-2 victory against Iran.

Jude Bellingham, Raheem Sterling, Marcus Rashford, and Jack Grealish got their names on the scoresheet after scoring a goal each.

Arsenal winger Bukayo Saka bagged a brace for his national side, as England kickstarted their 2022 FIFA World Cup campaign in dominant fashion.

During the encounter, Kane suffered a knock on his right ankle and labored on for several minutes before being substituted by manager Gareth Southgate.

Souness expressed his disapproval at the English boss’ hesitation to take the Tottenham Hotspur striker off the pitch.

The former Liverpool midfielder told the Daily Mail (via The Mirror):

“My view is that Harry Kane was selfish against Iran on Monday – staying on the field for 27 minutes after suffering an ankle injury, even though England were 3-0 up. Gareth Southgate needed to protect Kane from himself there but failed to do so.”

“Kane has historical issues with his ankles and the injury was serious enough for him to need a scan but he needlessly played on. I know from experience that the ankle can be complex.”

Pointing out how vital Kane is at this year’s FIFA World Cup for the Three Lions, he added:

“Harry would have wanted to play on for 27 minutes because he saw goals in the game. He has that selfish streak that all great strikers possess. It looks like he got away with one there. Hopefully, there’s not an issue with his ankle in this tournament and it doesn’t come back to bite him… If England are to go far, they need Kane firing.”

England’s second FIFA World Cup encounter ended in a 0-0 draw with the USA on November 25.

Following the match, captain Kane opened up about his side’s performance against the United States. He told BBC (via The Mirror):

“It was a game that we wanted to win and wanted to finish top of the group tonight pretty much, but it was a tough game. They are a well organised and athletic team and they caused us some problems as well.”

“We are really happy with the clean sheet and the point puts us in a strong position going into the last game. We know we can be more clinical, it was probably the opposite from the first game. We’ll go away and look at the positives and negatives.”

The Three Lions will face Wales in their final group game at the 2022 FIFA World Cup on November 29.