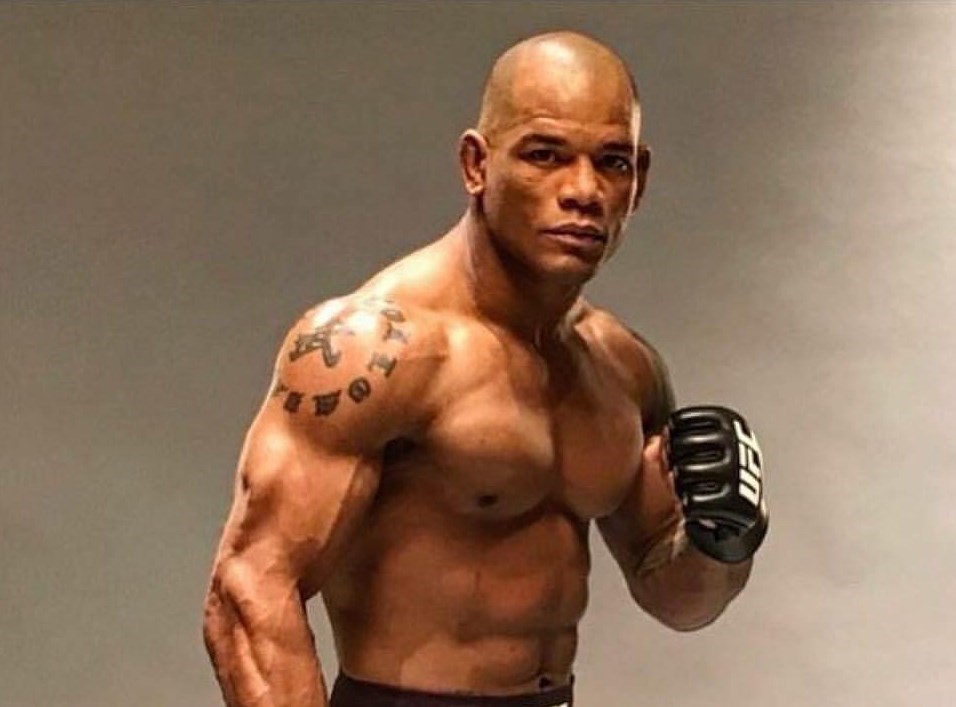 Hector Lombard had an interesting night at BKFC 18 that included a championship win and some post-fight punches that landed on a potential future opponent.

The wild scene went down on Saturday night after Lombard claimed the BKFC cruiserweight title with a strange ending to his fight against fellow UFC veteran Joe Riggs. Just seconds later, fellow BKFC veteran Lorenzo Hunt got into the ring to confront the new champion — but just as he got into Lombard’s face, the Cuban-born fighter blasted him with a two-punch combination as security rushed into separate the fighters.

After the incident, Lombard didn’t stick around to speak about his win. He was clearly upset with the confrontation from Hunt, who made his way into the ring just after the fight with Riggs ended.

Prior to that post-fight brawl, Lombard also had a bizarre conclusion to his matchup with Riggs that included a foul and a punch that ultimately ended the fight.

After predicting that he would begin to take over late in the fight, Riggs cracked Lombard with a massive left hand that rattled the former Bellator champion. While Riggs was looking for the finish, Lombard came rushing forward with a barrage of shots but grabbed onto Riggs’ shorts while the fighters were trading punches.

The referee jumped in to pause the action due to the foul, but at the same time Lombard unloaded a left hand that put Riggs down on the canvas while holding his eye. Riggs was given five minutes to recover after the shot landed was initially called an eye poke, but then the referee changed his call and determined it was a legal punch despite the shorts being grabbed at the same time.

When Riggs said he couldn’t see out of his eye, the fight was stopped and Lombard was declared the winner by TKO at 1:04 in the fourth round.

Of course, Lombard’s post-fight punches being thrown at Hunt on top of the strange end to the fight with Riggs might mar his celebration on Saturday night after becoming the BKFC cruiserweight champion.