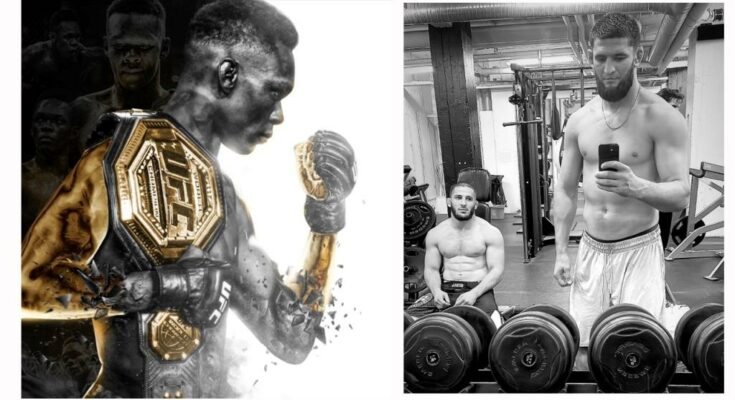 Cejudo believes that sooner or later Chimaev will move up to middleweight because of his weight loss problems.

Henry Cejudo has suggested that Khamzat Chimaev will likely defeat Israel Adesanya in a potential middleweight matchup. Chimaev has competed in the welterweight (170-pound) and middleweight (185-pound) divisions in his MMA career.

Meanwhile, Adesanya has competed in the middleweight and light heavyweight (205-pound) divisions in his MMA career. Additionally, ‘The Last Stylebender’ is also the reigning UFC middleweight champion, with five successful title defenses to his name thus far.

“I still think a guy like [Khamzat] Chimaev comes up, and the dude [Israel Adesanya] is in trouble. Even though Chimaev had.” Cejudo cut himself off mid-sentence and continued, “I think Chimaev is really struggling to make 170, and we know that. So, I think he’s going to find his home at 185, and I think he’s going to wreck some people.”

Presently, Israel Adesanya is coming off a unanimous decision victory over Jared Cannonier in their middleweight title matchup at UFC 276 on July 2. It’s believed that Adesanya will defend his title against archnemesis Alex Pereira later this year. Pereira notably holds two wins over ‘The Last Stylebender’ albeit in the sport of kickboxing and not in MMA.

Watch Henry Cejudo discuss the topic at 14:11 in the video below: