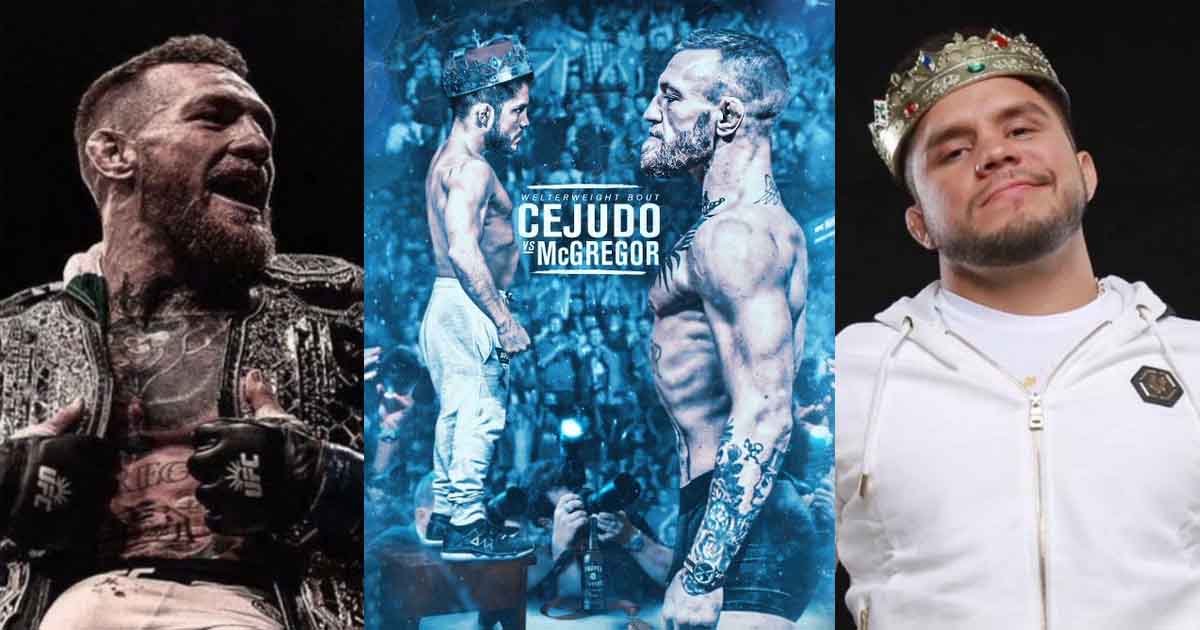 The feud between Henry Cejudo and Conor McGregor has continued to escalate with the former challenging the latter to a fight.

While this is a rivalry that doesn’t make much sense in the eyes of many, Henry Cejudo seems intent on trying to rile Conor McGregor up over social media.

The pair have traded insults on several occasions and with both being two-weight world champions, they’re closer than anyone to making history by winning a third world title in a third weight class.

Before they attempt that, though, the man known as “Triple C” Henry Cejudo wants to settle the differences they’ve been having as of late. The way he wants to do it, of course, is by squaring off against the Irishman in the Octagon.

“Enough of this Twitter crap, enough of this cute Twitter stuff. Yeah, you are red panty night, and for that reason I do want to fight you. But think about it too, Conor McTapper, you got two belts and I have two belts. I have an Olympic gold medal and you don’t have anything.”

“Anyway, that being said, I say we go at it, dude. I say we make this fight and that’s it, man. Talk is cheap dude. You’ve commented on all the videos I do about you. I am a smart human being bro, you know that, and I want to expose you and I want to expose it live on pay-per-view if you wanna sign that contract. I’m waiting.”

Do you think there’s any chance we could see Henry Cejudo vs Conor McGregor? If so, who do you think would be the favourite to win?