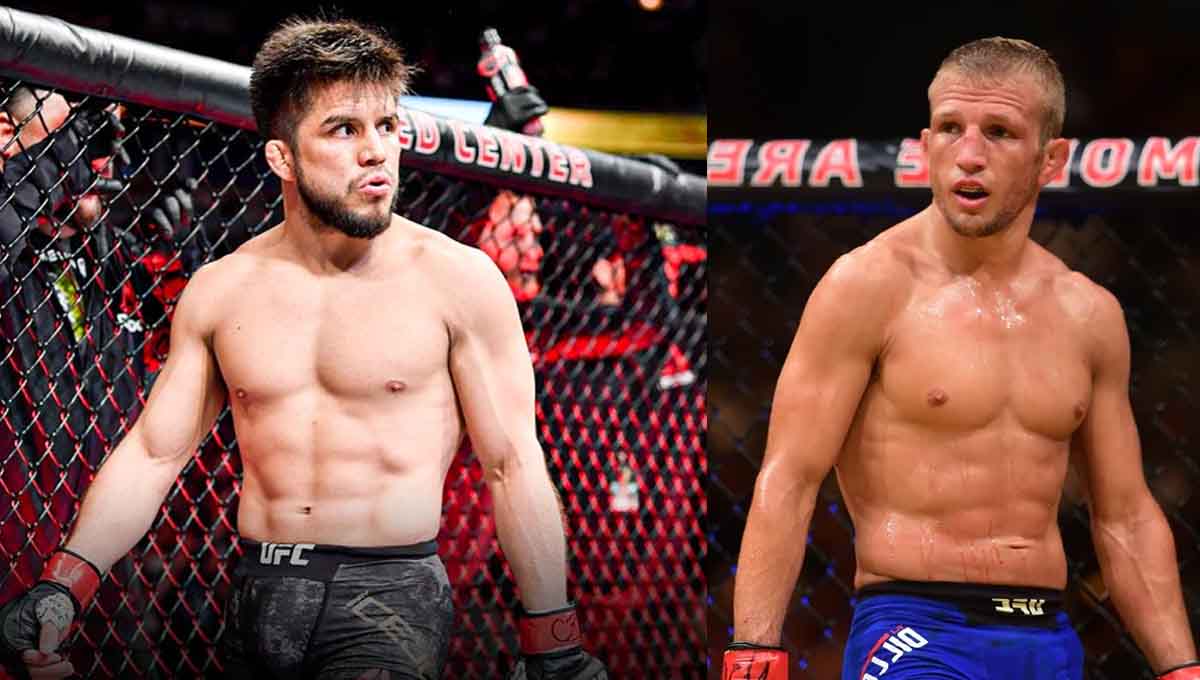 Henry Cejudo is planning to come out of retirement sooner rather than later with his eyes on T.J. Dillashaw.

During a recent episode of The Triple C & Schmo Show, the former two-division UFC champion let it be known that he would be open to returning to action if T.J. Dillashaw becomes the next bantamweight champion. Here’s what Henry Cejudo said:

“T.J. [Dillashaw] did lose his belt, I never lost my belt. I left on top. I went out with my hand raised. What I’m saying is, I would love to beat the brakes off that dude. So I don’t know I got to talk to Ali and I’m serious about entering back in the USADA pool because Alexander the average [Volkanovski], he’s pummeling through people, he’s talking about there’s no competitors when you have got the ‘Triple C’ here. And then you got the CEO of EPO, T.J. Dillashaw. If he comes back and he beats Aljalame [Aljamain] Sterling, then I think there’s a beautiful storyline. So, don’t count ‘Triple C’ out.”

Apparently, T.J. Dillashaw isn’t the only one on Cejudo’s radar. The Olympian is also determined to become a three-weight champion by challenging featherweight champion Alexander Volkanovski, who is coming off a win over ‘The Korean Zombie’ at UFC 273.

Further in the conversation, Henry Cejudo added that he sees himself beating both men, regardless of who he faces first.

After Cejudo turned down Petr Yan’s plea to corner him at UFC 273, he was still expected to be in the corner of ‘The Korean Zombie’ for his main-event featherweight title bout against Alexander Volkanovski. However, it turned out that ‘Triple C’ couldn’t be there to support Chan Sung Jung either.

Speaking on the same episode of The Triple C & Schmo Show, the 35-year-old explained his decision to not attend the UFC 273 event:

“I tell people all the time, ‘I’m more of a high counselor than I’m a coach.’ You know, if the athlete really desires me, he wants to hear my voice there, I can only be there for maybe Fridays, Saturdays. I got a family. So that was like the biggest thing, you know? I can’t be gone for five days.”

Cejudo also explained that although he couldn’t be in ‘The Korean Zombie’s corner, he spoke to him just before the fight through a video call.

Watch Henry Cejudo discuss a UFC return in the video below: