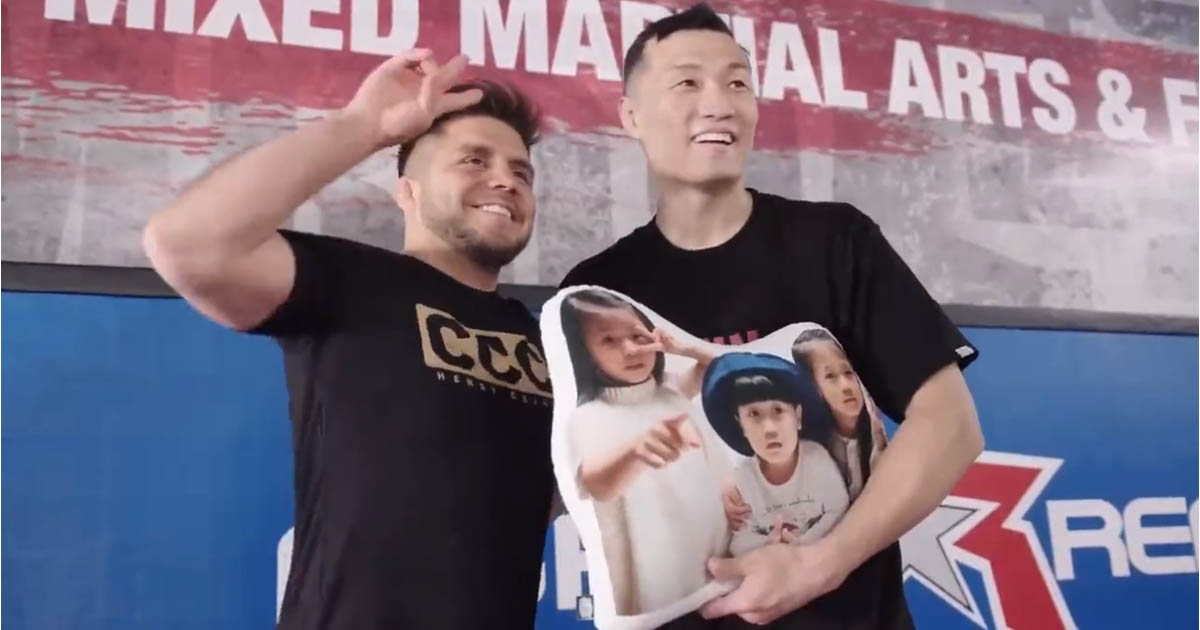 Henry Cejudo recently posted a video of him preparing ‘The Korean Zombie’ Chan Sung Jung for his upcoming featherweight title fight against Alexander Volkanovski at UFC 273.

Cejudo has been one of the leading coaches at the Fight Ready gym in Scottsdale, Arizona for a while now. The likes of Jon Jones, Zhang Weili, Deiveson Figueiredo and Jiri Prochazka have been working with the former Olympic champion there.

With his corner success, ‘Triple C’ is eyeing the coach of the year award. He wrote on Twitter:

“Mark my words, I will become the coach of the year this year! It has been written.”

Cejudo last fought at UFC 249 when he defeated Dominick Cruz to retain his bantamweight title. However, the former two-division UFC champion announced his retirement from MMA after the fight.

Deiveson Figueiredo recently managed to regain his flyweight title by defeating Brandon Moreno under Cejudo’s guidance. Whether ‘The Messenger’ can help ‘The Korean Zombie’ win the featherweight title this weekend at UFC 273 remains to be seen.

Can ‘The Korean Zombie’ cause an upset at UFC 273?

Alexander Volkanovski is currently the bookmakers’ favorite to remain champion at UFC 273. The Aussie has been absolutely dominant in his UFC run so far. He is undefeated in the organization and currently boasts a professional record of 22-1.

‘The Korean Zombie’ will get his second UFC title shot this weekend. He was defeated by Jose Aldo in his first chance to hold gold on MMA’s biggest stage.

Jung is one of the craftiest strikers on the entire UFC roster. He also has a very respectable ground game. The South Korean has recorded many spectacular knockout and submission wins across his career. He is very entertaining inside the octagon and is always looking for a chance to finish a fight.

That being said, Volkanovski is also very well rounded. It will be interesting to see which fighter manages to impose their skill set when the octagon door closes this Saturday.

A win would mark Volkanovski’s third successful title defense. However, Jung could cause a major upset and finally become a UFC champion with a win this weekend.