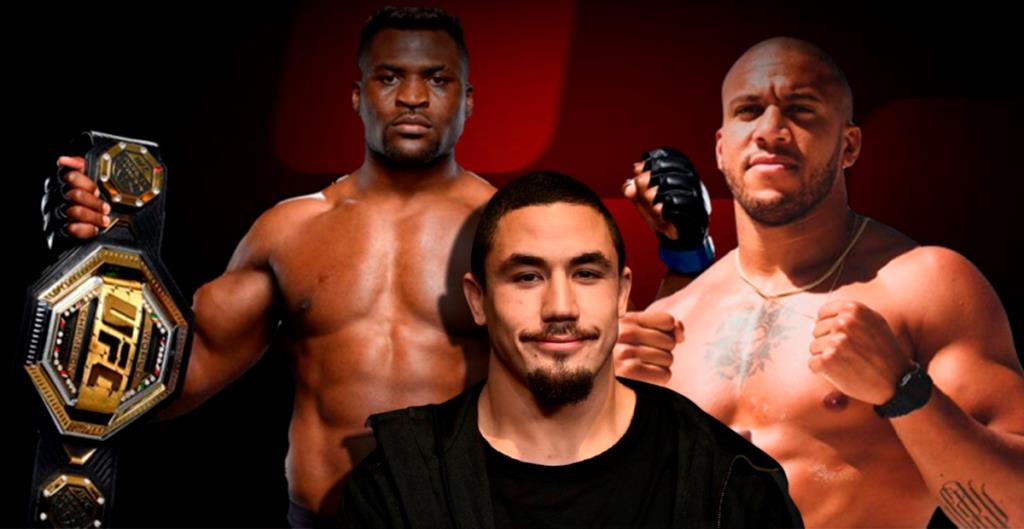 Robert Whittaker did a special interview for gambling site Unibet Australia. In it, the top-ranked UFC middleweight revealed that he’s favoring Gane to “get the job done” and walk away from UFC 270 as the new undisputed heavyweight king.

On top of that, Whittaker went on to explain why he believes ‘Bon Gamin’ will emerge victorious in the highly anticipated heavyweight showdown.

According to ‘The Reaper’ :

“Ciryl is a favorite which is funny because Francis is the current champ. But I think he’s the favorite for a good reason. His striking is phenomenal. No one comes close to this in the heavyweight division. So I think he gets it done… My value bet is for Ciryl Gane to win in rounds three and four.”

Unibet Australia as well as several other betting sites have listed Ngannou as the slight betting underdog. ‘The Predator’ is pegged as the +125 underdog, leaving Gane as the -150 favorite.

Months after footage of Ciryl Gane getting the better of Francis Ngannou made the rounds on social media, the reigning champ claimed that he once knocked out ‘Bon Gamin’ in a different sparring session. However, the interim heavyweight titleholder has disputed Ngannou’s claims.

During the UFC 270 pre-fight press conference, the heavyweight stars argued about their versions of the story. Ngannou said:

“He was knocked out, probably, because he doesn’t remember.”

Gane then challenged Ngannou to look him in the eye and say he knocked him out with a kick. In response, ‘The Predator’ said he can’t prove it because he doesn’t have the video, but claimed he respects the Frenchman.