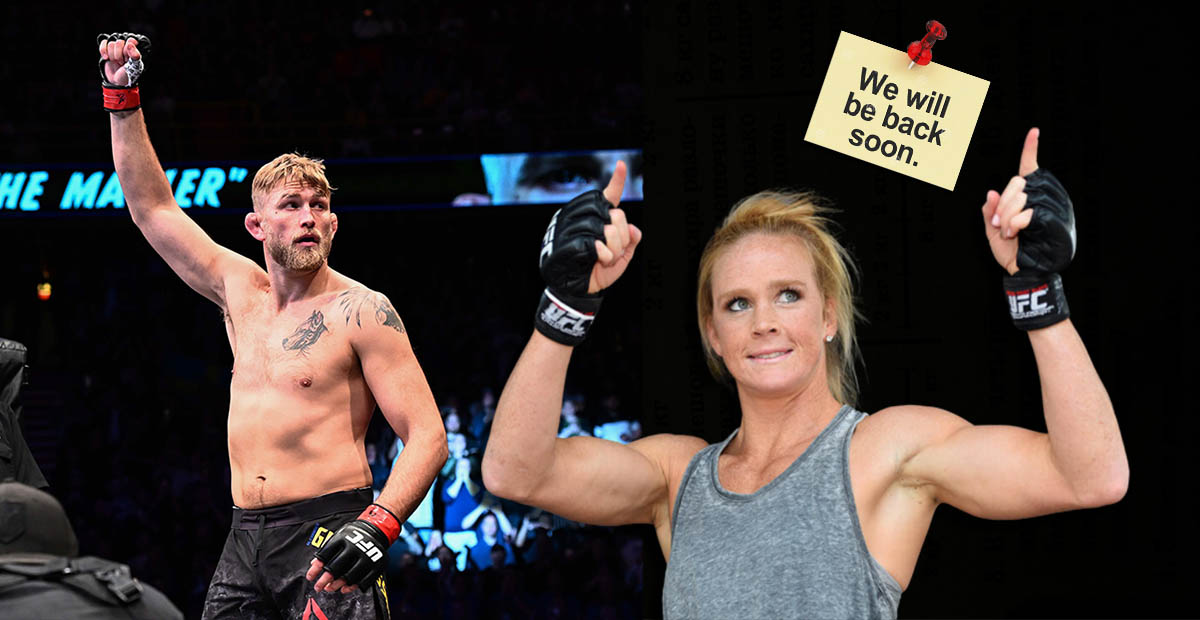 Holly Holm and Alexander Gustafsson will be back in the Octagon soon. Holm and Gustafsson are seemingly primed to return from their respective injury layoffs at the UFC Fight Night card on May 21st.

As reported by Ariel Helwani, the UFC is targeting a bantamweight (135-pound) bout between Holm and Ketlen Vieira as the May 21st fight card’s main event matchup.

Holly Holm’s most recent fight was a unanimous decision win over Irene Aldana at UFC on ESPN: Holm vs. Aldana on October 2020. ‘The Preacher’s Daughter’ was scheduled to take on Julianna Pena in May 2021, but she withdrew from the fight due to hydronephrosis.

Holm was then booked to face Norma Dumont in a featherweight (145-pound) bout in October 2021. Unfortunately, the former boxing and UFC world champion pulled out of the fight due to a knee injury.

Another notable comeback that will take place on the May 21st card is that of multi-time UFC light heavyweight title challenger Alexander Gustafsson. As reported by Frontkick.online, Gustafsson will face Ben Rothwell in a heavyweight bout at the event.

Alexander Gustafsson’s most recent fight was a first-round submission loss against Fabricio Werdum at UFC on ESPN: Whittaker vs. Till in July 2020. The fight marked Gustafsson’s debut in the heavyweight (265-pound) division.

‘The Mauler’ was later booked for a return to the light heavyweight (205-pound) division against Paul Craig in September 2021. However, the fight didn’t materialize as Gustafsson withdrew due to injury issues.

In an interview with MMA Junkie last year, Holly Holm harked back to her fifth-round submission loss to Miesha Tate. The defeat saw her drop the UFC women’s bantamweight belt to ‘Cupcake.’

Holm stated that since Tate had ended her retirement and returned to the UFC, she’d like to fight her again and avenge that loss. The 40-year-old said:

“To me, I think the Miesha Tate fight makes the most sense because you know, that’s a loss that I want to avenge… It wasn’t one of those fights that I was like getting dominated, you know. I was winning and doing well until the very end of the fight. So, kinda leaves a sour taste in the mouth, you know. I want to make it right.”

Holm has lately been competing at featherweight and bantamweight. Her next fight will transpire at bantamweight. Meanwhile, Tate last fought at bantamweight but is moving down to the flyweight (125-pound) division to face Lauren Murphy in May.

Considering these facts, it’s unlikely that a potential rematch between Holm and Tate would come to fruition in the immediate future.