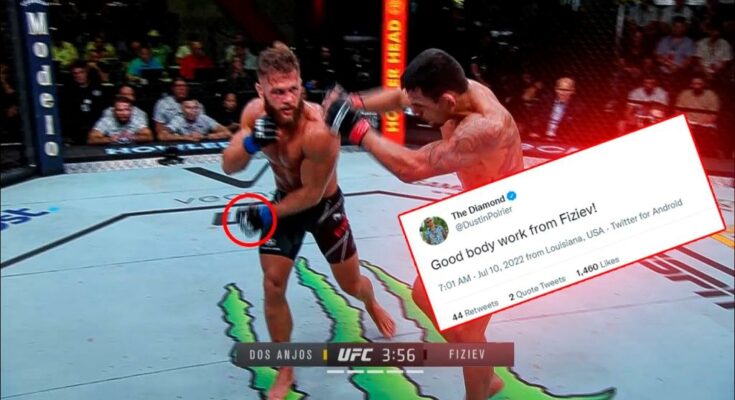 Dos Anjos (31-14 MMA) had entered the contest sporting a two-fight winning streak, this after scoring decision victories over Paul Felder and Renato Moicano in his most recent efforts. The former UFC lightweight champion was looking to get back into title contention with a win this evening.

Meanwhile, Rafael Fiziev (12-1 MMA) was most previously seen in action in December of 2021, where he had scored a sensational knockout victory over Brad Riddell. ‘Ataman’ entered tonight’s contest boasting a five-fight winning streak, with his lone career setback coming against Magomed Mustafaev.

Tonight’s UFC Vegas 58 main event proved to be a coming out party for Rafael Fiziev. The younger of the two Rafael’s was able to dictate and control the contest for the majority of the first three rounds. RDA would mount a bit of a comeback in round four but the proved to be short-lived. Just 18 seconds into the fifth and final round Fiziev lands a heavy punch which sent Dos Anjos to the canvas.