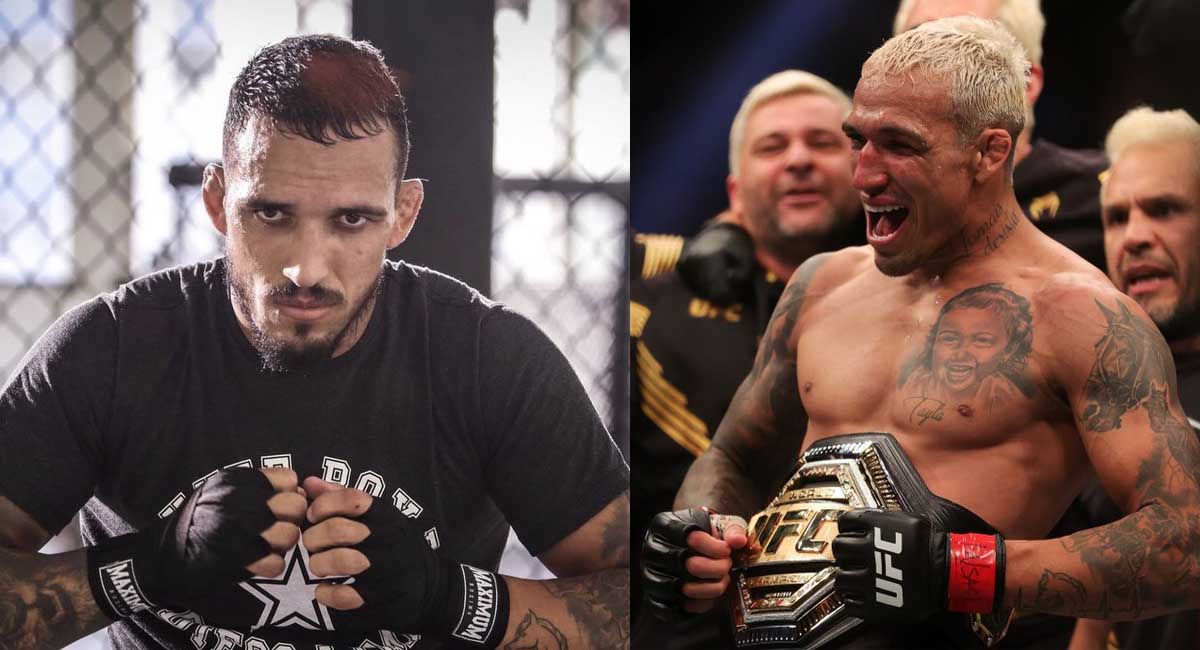 The story of Charles Oliveira’s rise to UFC gold and glory is one fit for the movies. Oliveira earned his shot at the title the hard way, having dealt with many obstacles, injuries, and losses on the way. The Brazilian fighter was born into a poor family in a Favela in the town of Guaruja in Sao Paulo.

As a child, ‘Do Bronx’ wanted to be a football player but was diagnosed with a heart murmur and rheumatic arthritis. The latter compromised his ankle and fears were he would become a paraplegic because of it. However, Charles overcame the disease and was introduced to Brazilian Jiu-Jitsu at the age of 12.

He incorporated it into his MMA career that began in 2007. Being a high-level grappler and having an instinct for fighting, he quickly amassed an undefeated record of 12-0, with six knockouts and five submissions. As ‘Do Bronx’ quickly garnered a reputation as a hot young prospect, the UFC signed him as a 20-year-old in 2010.

Oliveira’s first fight in the UFC was against Darren ‘The Damage’ Elkins. A tough, gritty wrestler with a granite chin, Elkins was a legitimate test for the young Brazilian. As soon as the bout began, Oliveira quickly got taken down by Elkins. Unperturbed, Charles quickly began to execute submissions off his back. He first attempted to lock up a triangle choke, but then quickly transitioned to an armbar to get the tap.

Oliveira’s jiu-jitsu skills were on full display that night as he finished his opponent. Elated by the victory, the young Brazilian ran and jumped around the cage. That night, Charles Oliveira also walked away with the Submission of the Night award.

‘Do Bronx‘ next fought Efrain Escudero at UFC Fight Night 22 and defeated him via standing rear-naked choke in the third. This further built the hype around the young Brazilian, but it would not last. In his next fight against Jim Miller, Charles tasted defeat for the first time when he was submitted in the first round via kneebar. This loss came as a devastating blow to the Brazilian.

Charles Oliveira faced the ever-ready-to-fight Donald ‘Cowboy’ Cerrone on short notice at UFC on Versus 5. This fight, too, didn’t go his way as he lost the fight via TKO (punches) in the first round. Having now gone on a two-fight skid, with one no contest, Oliveira made the move down to featherweight to try his hand at winning that title.

He experienced some success at featherweight, defeating Eric Wisely and Jonathan Brookins. But soon lost by KO to surging contender at the time Cub Swanson in 2013.

Oliveira kept fighting at featherweight for the next four years and faced some of the toughest contenders in the division. While he beat the likes of Andy Ogle, Hatsu Hioki, Jeremy Stephens, and Nik Lentz, he lost to Max Holloway and Anthony Pettis. Oliveira also simultaneously was experiencing tremendous problems in making the weight. He missed making weight on multiple occasions. Hence, he decided to make the move back to 155 in 2017.

Back at lightweight, his natural weight class, Charles quickly picked up a win against Will Brooks. After securing a first-round submission against Brooks, ‘Do Bronx’ fell via TKO to Paul Felder.

This fight, however, was a turning point in the career of Charles Oliveira. From this fight on, the Brazilian racked up eight consecutive victories.

It all started with a quick first-round victory over veteran Clay Guida via guillotine choke in 2018. Charles, now training out of the Brazilian super camp “Chute Boxe Academy”, had made massive leaps in his standup, wrestling, and mindset. Facing tough competition in the gym regularly and having his skill honed by the experienced coaches took Oliveira’s game to the next level.

‘Do Bronx’ followed up the win over Guida with victories over the likes of Christos Giagos and Jim Miller. The latter was the man who had handed him his first loss. The Brazilian secured the finish in an even quicker time than what Miller had finished him in their first fight. He then secured wins over David Teymur, Nik Lentz, and Jared Gordon.

In 2020, Oliveira would face his toughest competition yet, in former title challenger Kevin Lee. The fight was competitive, but after pressuring Lee into a level change, Charles caught him in a fight-ending guillotine. The same year, ‘Do Bronx’ manhandled Tony Ferguson and almost snapped his arm in round one.

With this over ‘El Cucuy‘, and the situation at lightweight, he rose to the title fight.

Charles Oliveira took on multiple-time Bellator lightweight champion Michael Chandler at UFC 262 for the undisputed belt. The fight was a rollercoaster of an experience with Chandler almost knocking out Oliveira in the first. But ‘Do Bronx’ stayed composed and survived the round, to come back and TKO Chandler 19 seconds into the second round.

There was an outpouring of emotion from Oliveira after his victory as he jumped into the crowd to celebrate.

Charles Oliveira is a symbol of what it means to never give up on your dreams. His perseverance and hard work paid off in the end and put him in the position he is now in.

Charles Oliveira and Justin Gaethje at UFC 274. After the first successfully defending the strap against Dustin Poirier, “Do Bronx” will hope to grow his legacy even further when tasked with fighting one of the heaviest hitters in the division as Justin Gaethje.