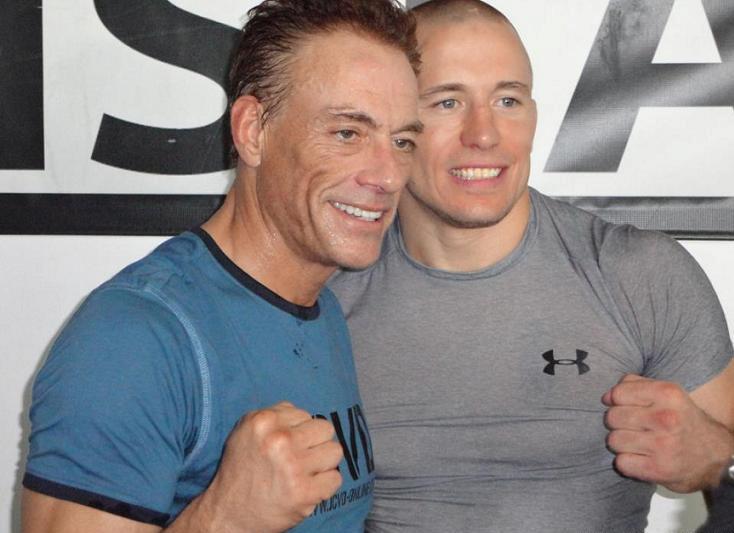 Movie stars often become real fans of mixed martial arts and their individual representatives. And some give advice to their pets, and sometimes conduct joint training.

A great example of this is Hollywood star Halle Berry, who supports Valentina Shevchenko and has won awards at her performances several times.

Another actor who does not remain indifferent to mixed martial arts is Steven Seagal. Despite the fact that some UFC fighters do not take him seriously, he gave lessons to Anderson Silva:

But most of all, Jean-Claude Van Damme succeeded in this. He showed some moves and kicks to the Diaz brothers when he met them in the parking lot.

Then there was a not so successful experience with UFC fighter Cody Garbrandt. When the athletes had an easy sparring, Jean-Claude Van Damme kicked Cody in the face and nearly knocked out his teeth.

But with another legendary UFC fighter Georges Saint-Pierre, the movie star has long made a strong friendship and even trained him.

“Hello, Georges. In memories of our friendship, our great country and the great city of Montreal, as well as the great team of people around us, I wish you love, sports, health and, as I said, friendship, “said , Jean-Claude Van Damme