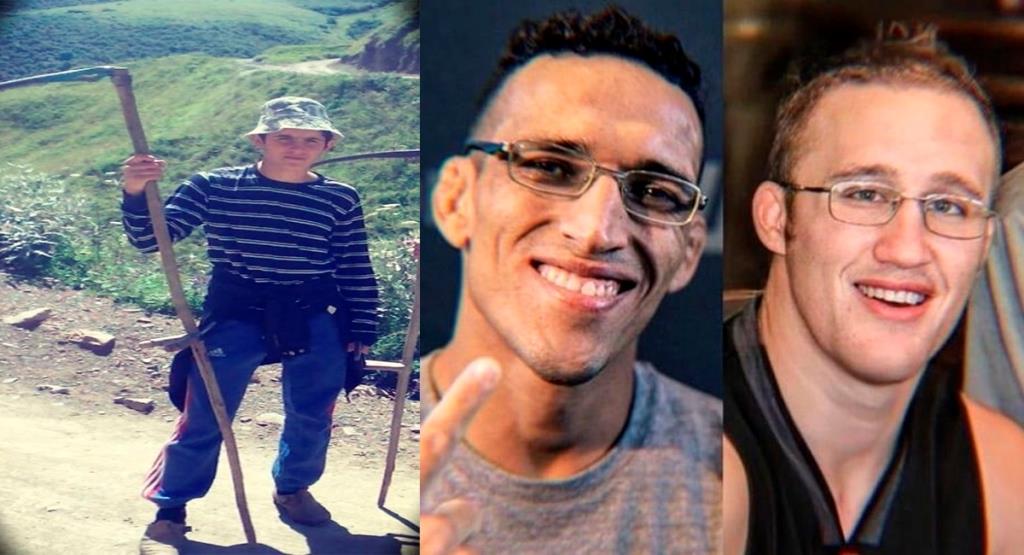 Islam Makhachev decided to have some fun at Justin Gaethje and Charles Oliveira’s expense UFC 274. The Dagestani posted pictures showing the two lightweights wearing glasses and stating that he never liked “nerds.”

The image, containing two side-by-side pictures of the reigning UFC lightweight title and his next opponent, shows both wearing glasses and smiling awkwardly.

Islam Makhachev attached the following caption to the image:

Fans were quick to respond, with some noting that while Makhachev makes fun of ‘Do Bronx’ and ‘The Highlight’, they are set to headline the upcoming UFC 274 in a 155-pound title fight.

However, Islam Makhachev taking a jab at them comes as no surprise as he’s the No.3-ranked lightweight in the UFC rankings and is currently riding a 10-fight winning streak.

Whoever is the champion after May 7, he expects to dethrone them soon enough.

One fan posted an old picture that seemingly shows a young Makhachev. The person shown in the image is wearing old clothes and a bucket hat.

Charles Oliveira and Justin Gaethje will headline UFC 274, which will take place on May 7 at the Footprint Center in Phoenix, Arizona.

‘Do Bronx’ will be defending his lightweight title for a second time. He previously retained the belt against Dustin Poirier at UFC 269. He won championship gold by defeating Michael Chandler at UFC 262.

Justin Gaethje, meanwhile, is a former interim lightweight champion who unsuccessfully attempted to unify the title by beating Khabib Nurmagomedov.

The Dagestani choked ‘The Highlight’ out, but Gaethje bounced back by defeating Chandler at UFC 268.