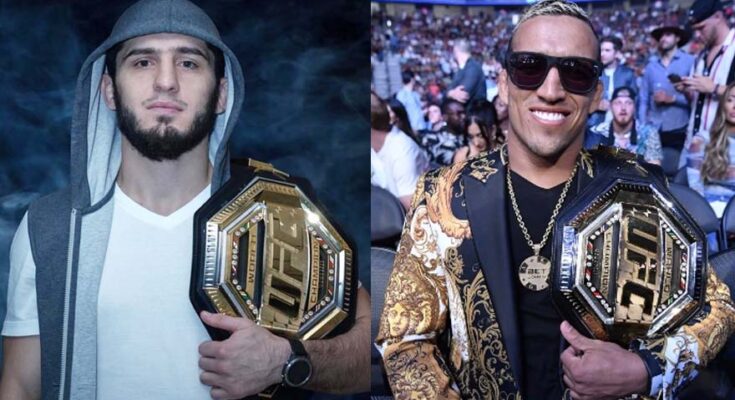 Islam Makhachev is willing to fight Charles Oliveira in Brazil for the vacant UFC lightweight belt.

Location has been a potential sticking point for a title fight between the two top fighters, with Makhachev’s mentor Khabib Nurmagomedov calling for the fight in Abu Dhabi.

“Actually, I think everything is possible. We work for the UFC. But me, Diego Lima, trainer, head coach. A person who’s out there trying to take care of Charles’ career as much as I can, why not in Brazil? Charles is the champion. Every day that passes, Charles is making more history. So why is Khabib talking about a fight against Makhachev in Abu Dhabi? No, we would like Charles fighting in Brazil.”

Additionally, jibing at those who are adamant that Oliveira must fight Makhachev next, Diego Lima said:

“So let’s go to Brazil. Come fight with us in Brazil.”

Diego Lima believes Oliveira deserves to fight in a stadium in his native Brazil, with everyone raucously cheering for him and watching him win at a local venue.

In a new Instagram post, Makhachev made it clear that he was willing to go to Oliveira’s home turf in his quest for gold. Makhachev wrote:

“Oliveira’s coach asking me to fight for title in Brazil. Pass him this message: on this horse, I’ll walk into his country, grab my belt and bring it to the mountains of Dagestan, where it belongs.”

The big question is whether the UFC will go ahead and book Makhachev vs. Oliveira next. UFC president Dana White has repeatedly said he wants to book Islam Makhachev against Beneil Dariush, but Dariush is still recovering from a broken fibula.

That’s led to people like Daniel Cormier and Joe Rogan arguing that the UFC should simply go ahead and put Islam Makhachev across from Charles Oliveira.

However, critics of Makhachev point out that he hasn’t beaten any top ten opponents in the UFC’s lightweight rankings. That’s likely why Dana White is so insistent on Makhachev facing Dariush before granting him a title shot.

InshaAllah Islam grab the belt from Charles..no worries if Charles want to fight in Brazil but In the ring Mr. Only you and #ISLAM so get ready Islam is coming…