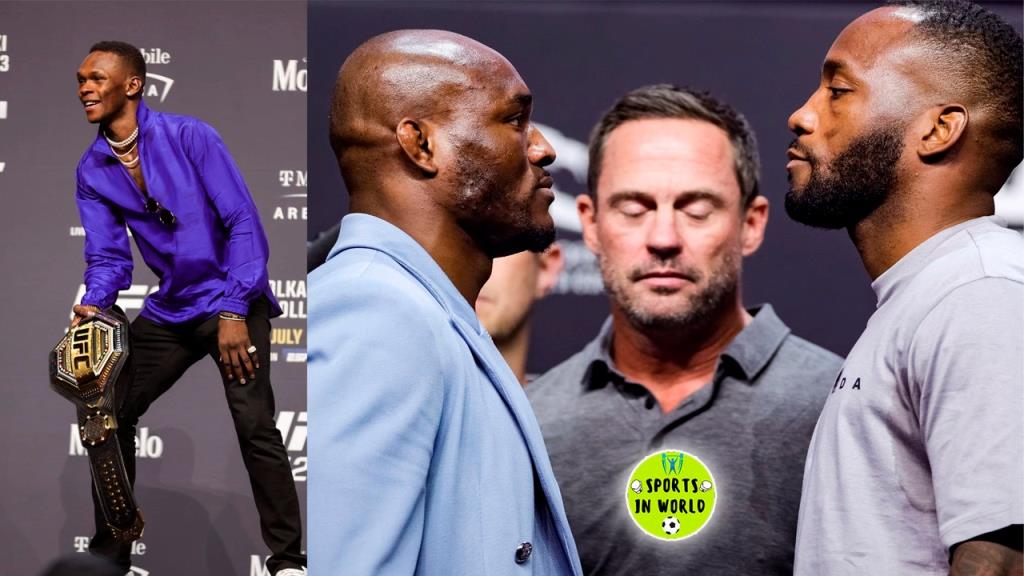 Israel Adesanya, the UFC middleweight champion, knows what it takes to win a title fight, having defended his belt five times.

However, he isn’t the only Nigerian that can make that claim — his close friend, Kamaru Usman, has defended the welterweight championship the same amount of times..

Usman will look to defend his belt for the sixth time at UFC 278 when he faces Leon Edwards. The two previously faced off nearly seven years ago in a fight that Usman won by unanimous decision.

The fight was Edwards’ last loss, while Usman is still undefeated in the UFC.

Adesanya, who is friends with both fighters, recently broke down the upcoming matchup and gave his prediction on his YouTube show, FREESTYLEBENDER. Adesanya stated (starting at the 15:08 mark):

“The biggest threat to Kamaru’s throne is Leon Edwards. I’m going with Kamaru because of his momentum right now. Also, I know how hard he works — I talked to him.”

Usman recently alluded to how hard he works by detailing his preparation. Adesanya continued to state that it will be really tough to beat Usman, comparing the bout to one of his previous fights:

“Usman is a guy right now that has momentum behind him and Leon. I feel like [Edwards] is a guy that deserves this title shot because he’s been overlooked for so long, because he’s not a guy that sells or that talks or whatever. But this fight right here — don’t be surprised if this fight looks like me versus Gastelum. It’s going to be who has this [points to heart] more.

Is Israel Adesanya’s prediction of a Kamaru Usman victory correct?

Israel Adesanya, who will look to defend his belt at UFC 281 against Alex Pereira, predicted that Kamaru Usman is simply too good of a fighter to lose. It is easy to see why, as Usman is 15-0 in the UFC and will have a chance to make history at UFC 278.

Leon Edwards will enter the fight as the underdog, while Kamaru Usman will enter with everything to lose.

While some may disagree with White’s claim, it is clear that Usman is at the top of his game, and as such, it will take a masterclass performance for Edwards to defeat him.