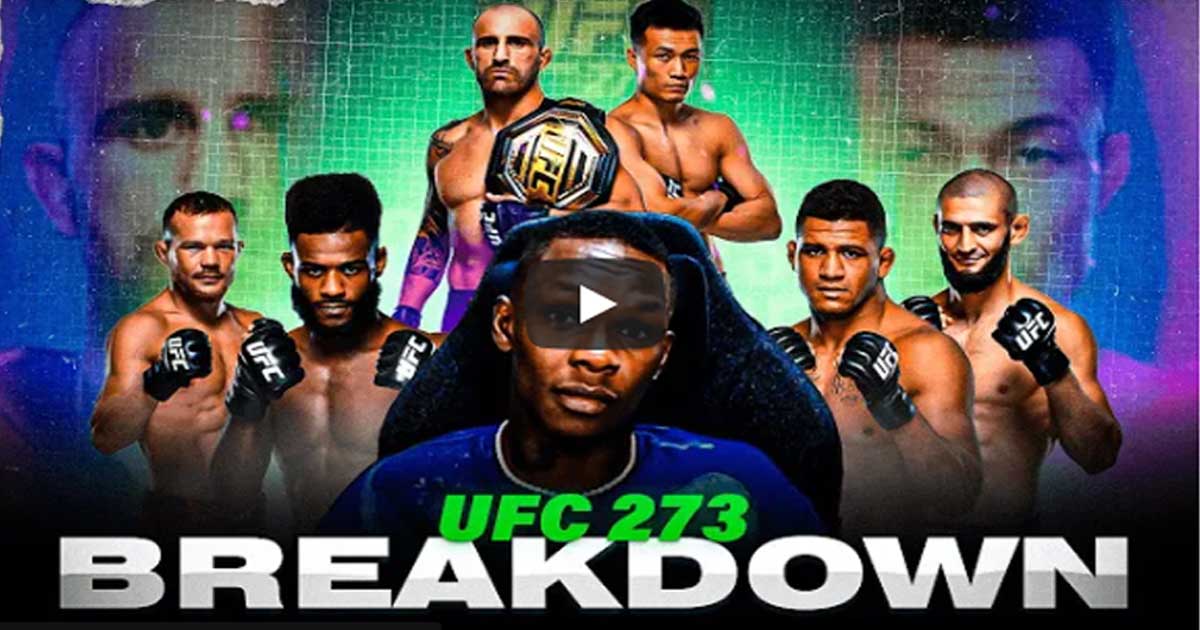 Israel Adesanya has made bold predictions ahead of the UFC 273 clash between Khamzat Chimaev and Gilbert Burns. As per the UFC middleweight champion, Burns will score an upset victory over Chimaev on Saturday night.

Adesanya also believes the Brazilian has substantially improved since moving up to welterweight. ‘Stylebender’ recently said on his YouTube channel:

“I know Burns. He don’t play about it. He’s real. He’s really about this life. I’m glad that he’s up at welterweight now because he’s a lot more better at this weight class… Burns is good but he gets hit. Everyone gets hit. And he’s got power on his punches. You know what, I’ll be rooting for Burns. I think he can get it done.”

While everybody seems to be riding the Chimaev hype train, the UFC 273 odds are unfair to Burns. The former title contender will go in as a +400 underdog against ‘Borz’, who is currently a -600 favorite according to some betting books. In Chimaev’s defense, the Swede has a perfect 10-0 record and has finished all of his opponents while absorbing just one significant strike across four UFC fights.

Watch Israel Adesanya’s prediction for Chimaev vs. Burns below:

Gilbert Burns has been in the UFC for most of the decade, fighting initially at lightweight and subsequently moving to welterweight.

The jiu-jitsu wizard believes he has an edge over Khamzat Chimaev in terms of experience and can hand ‘Borz’ his first professional loss. ‘Durinho’ recently said on the UFC 273 Countdown:

“He’s 10-0; super confident right now. And I know that because I’ve been there. I was 10-0 not long ago. I thought I was unbeatable until I faced a guy that was so much experienced than me. And I ended up getting my first loss. I know what he’s feeling. I believe in my resilience, and my experience, my jiu-jitsu, my striking; all that together, it’s going to be a rough night for Chimaev. We’ll put that hype to the test.”