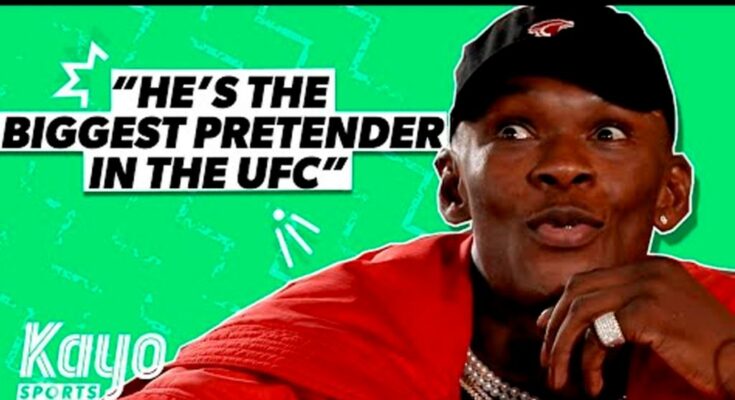 Over the course of the last few years we’ve seen Israel Adesanya turn back a handful of top challengers since becoming the king at 185 pounds. Marvin Vettori, Robert Whittaker, Yoel Romero and Paulo Costa have all failed the capture the belt from ‘The Last Stylebender’.

There are plenty of rising contenders making their way up through the ranks at middleweight but one that stands out above the rest is none other than Alex Pereira.

The Brazilian star is just 5-1 in his mixed martial arts career but he’s notable for his two wins over Adesanya during their kickboxing days.

In one of their two encounters, ‘Poatan’ actually knocked Adesanya out cold in a viral moment that continues to resurface from time to time.

Pereira is 2-0 since signing for the Ultimate Fighting Championship and this weekend, he’ll meet Sean Strickland at UFC 276 in a bout that could vault him into legitimate title contention if he can secure the victory.

During a fight week interview ahead of his own return to the Octagon, Adesanya was asked who he believes the most overhyped fighter in the promotion is – and by now, you’ve probably guessed what his answer was.

It’s true that the winner of Strickland vs Pereira is probably going to get the next shot at Israel Adesanya, so long as they’re decisive in the way they pick up the victory. At the same time, the champ can’t afford to look past the fighter he’ll take on in the main event of UFC 276: Jared Cannonier.

The man known as ‘Killa Gorilla’ has worked hard to get to a title shot since making the move down to middleweight and even though he’s a big underdog, it’d be a mistake to overlook him.

Don’t blink, folks, because Israel Adesanya vs Cannonier has the potential to be special, or at the very least, unpredictable.