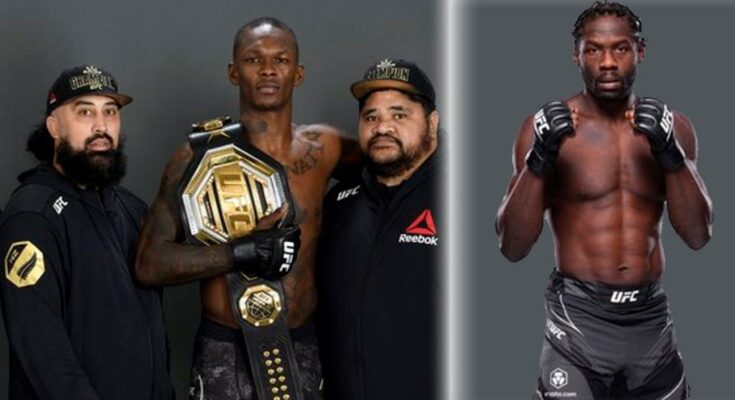 Eugene Bareman, the coach of UFC middleweight champion Israel Adesanya of New Zealand, explained why he believes Jared Cannonier of the United States is his most dangerous opponent in recent memory.

According Bareman, Jared Cannonier is a fighter who will not back down and will go all the way.

On Saturday, Adesanya puts his middleweight title on the line against Cannonier in the main event of UFC 276. It marks Adesanya’s fifth title defense, and though “The Last Stylebender” has defenses over some of the top names in the division, his head coach Eugene Bareman said Jared Cannonier ranks above those names on the list of contenders.

“I can give you the No. 1 reason, and I believe it’s just mental fortitude. I believe when it gets tough in this fight, which I think it will be, I think he will be the guy that is able to will himself to walk through a bit of fire. Where I felt like the other guys, they might have said they know how to do that, but when they felt the sharpness and they felt the sting, their mind kind of changed, which I think Jared will push through.”

While some might view that as a slight to former champion Robert Whittaker, whom Adesanya defeated a second time earlier this year at UFC 271, Bareman said it’s more a matter of having already fought Whittaker versus a new challenge in Cannonier.

“There’s something about the unknown that puts you on edge a little bit,” Bareman said. “It gives you a little bit of sharpness that you don’t necessarily have in a rematch because of that familiarity.”

Adesanya has spoken about fighting Jared Cannonier for years now, ever since he won the title from Whittaker back in 2019, but “The Killa Gorilla” fell short in his own fight against Whittaker, delaying their matchup.

Even after that setback, Bareman still knew a Jared Cannonier fight was inevitable.

“I felt he stumbled, but I always thought Jared was right amongst the top guys consistently, so I thought eventually we would meet him,” Bareman said. “So we’ve kept a close eye on Jared, which is pretty good, because we didn’t have to do as much homework as we normally would because we’ve already been keeping a close eye on him.”

But while Bareman has high praise for Jared Cannonier, that doesn’t mean he thinks there’s a chance for the upset this weekend. Even though Cannonier may be the best title challenger Adesanya has recently faced, he expects his fighter to rise to the occasion.

“I’m expecting not the [Kelvin] Gastelum fight,” Bareman said. “I’m still expecting a master class, but I’m expecting an opponent who is willing to push Israel and walk through a bit of fire, which always makes it interesting.”