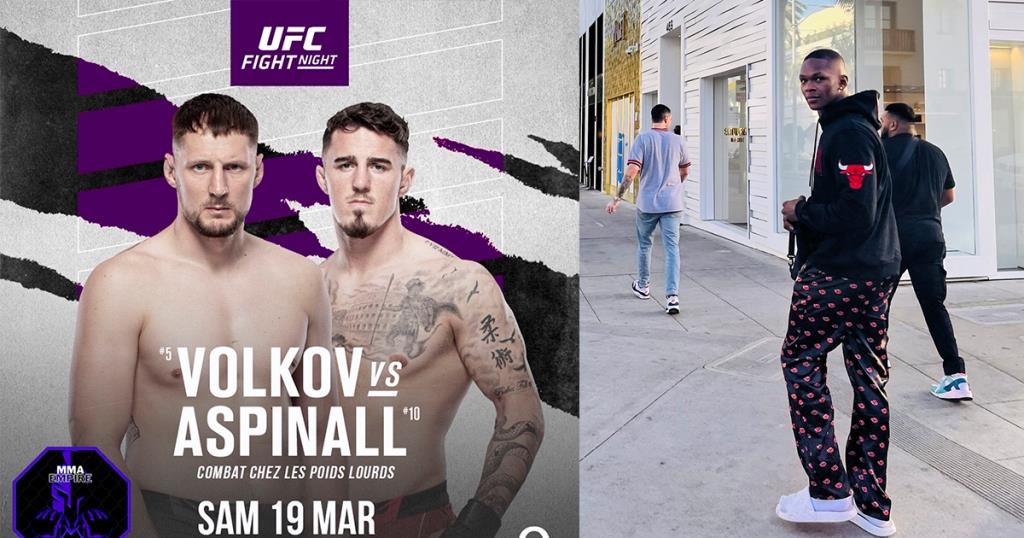 Israel Adesanya shared his take on Alexander Volkov vs. Tom Aspinall this weekend. The heavyweight duo is set to collide at the main event of UFC London this weekend.

Adesanya praised ‘Drago’ for being aware of his range and knowing how to use that factor to his advantage. However, the middleweight kingpin revealed that he was impressed by Aspinall’s speed. In a video uploaded to his YouTube channel FREESTYLEBENDER, Adesanya said:

Adesanya also said that he believes Aspinall is Francis Ngannou’s biggest threat after Ciryl Gane. The heavyweight champion recently defeated ‘Bon Gamin’ at UFC 270. Despite stating that ‘The Predator’ doesn’t need to worry about Aspinall just yet, Adesanya thinks the rest of the division should take notice of the Englishman.

“He’s just a hybrid type fighter. He is a guy that knows how to mix his grapling and his striking very well. Also, as I said, he is fast.”

Alexander Volkov will have his hands full against Tom Aspinall

Volkov has been a UFC fighter since 2016. The 33-year-old has picked up eight wins in the promotion so far. His last win came against Marcin Tybura in October 2021. The Russian currently has a professional record of 34-9 heading into his fight against Aspinall.

Aspinall has a professional record of 11-2. The 28-year-old fighter is riding a four-fight winning streak heading into the contest this weekend. The Manchester native will look to put on a show and enter the upper echelon of the heavyweight division with a win against his Russian counterpart at UFC London.