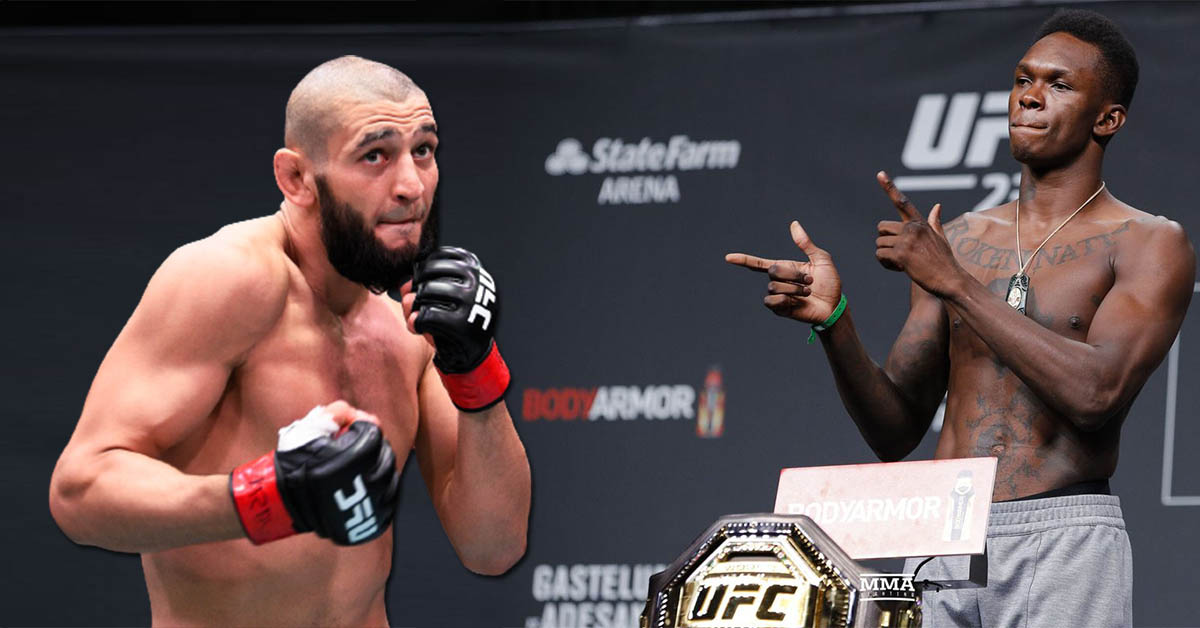 Israel Adesanya has opened up about a potential fight against MMA wunderkind Khamzat Chimaev. In an edition of the True Geordie podcast, Adesanya responded to the undefeated Chimaev’s repeated call-outs. ‘The Last Stylebender’ stated:

Israel Adesanya explained that Chimaev is the person who’ll come into a possible fight against him with both confidence and trash talk that’ll help hype up their fight. He and True Geordie proceeded to suggest that there could be a bit of delusion in Chimaev’s confidence.

Nevertheless, Adesanya indicated that the delusion tends to work in favor of the fighter, at times, as such fighters are the ones who are “crazy enough” to achieve their goals.

He lauded Chimaev for his dominant win over welterweight mainstay Li Jingliang in his most recent fight. ‘Izzy’ admitted that he’s heard Chimaev can beat most top UFC middleweights. However, he’d still like to see ‘Borz’ prove his mettle against them inside the octagon before focusing on a fight with him. Adesanya said:

“But show me something first.” He added, “There was something he did in that fight, I won’t give it away, but I was like, ‘Hmm. I like that.’ I was really impressed with it. So, that’s what made me take notice of him properly. But at the moment, still, it’s just barking in the wind ‘cause who’s he fought at 185?”

“My problem with Chimaev is: Chimaev’s going to rush, and because he’ll rush to get Izzy out of there, he’s gonna get himself into trouble. I don’t know if Chimaev is the guy because he’s obviously smaller. But his style won’t allow for him to sit back with Adesanya.”

Khamzat Chimaev has fought at both welterweight (170 pounds) and middleweight (185 pounds) in the UFC. He’s currently focused on working his way to a UFC welterweight title shot.

‘Borz’ is rumored to be facing Gilbert Burns in a welterweight bout at UFC 273 on April 9th. Meanwhile, UFC middleweight champion Israel Adesanya has hinted that he’s likely to defend his belt against Jared Cannonier in June.